The map above shows areas where The UK Foreign and Commonwealth Office (FCO) is advising people against all travel (red), against all but essential travel (yellow) or to see travel advice before travelling (green).

Like most foreign travel advisories, there are the expected and unexpected.

Expected places to avoid altogether include:

Some slightly less expected places that you should avoid altogether include:

Finally, there are a few places without express advisories against all or even essential travel that you might expect to find on the list:

Note: The data above was accurate of 11th June 2015 but now may be inaccurate. For the latest advice please visit the Foreign travel advice section of GOV.UK.

Now to see how these compare to other countries consider the following maps. 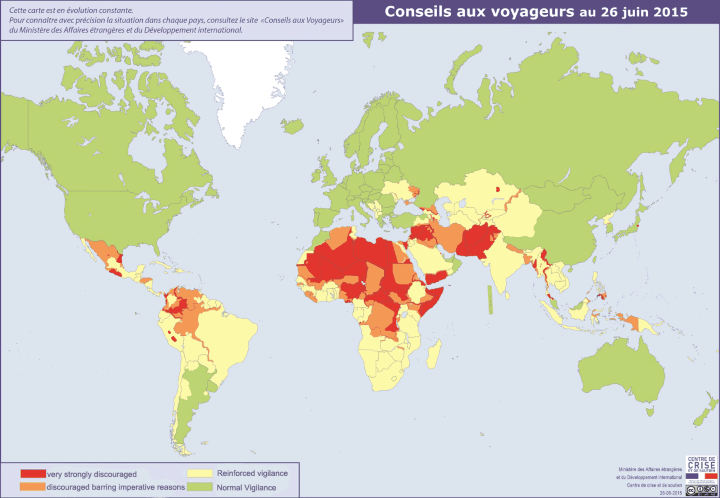 Map created by reddit user Inspirationguy, based off data from the Dutch Government.

Map created by reddit user jesus_stalin, from Travel Advice from the Australian Government, Data correct as of 18th July 2015

Notice anything odd about these maps? Leave your comments below: