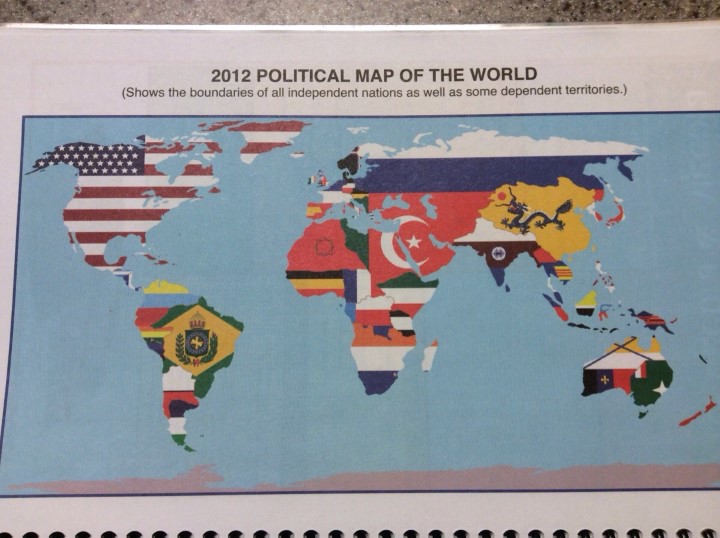 I’ve seen a lot of bad maps in my time, but the one above has to be among the worst. Vexillology or flag maps can be a beautiful thing when done right. The map above, on the other hand, is hilarious in its randomness.

Allegedly, the map was found in reddit user Capntallon’s school planner from “a small school in Iowa.” Reddit user Stephen1986UK quickly tracked down the source to an althistory wikia page.

Titled ‘A World of Difference’ the map imagines a whole host of counterfactual changes to our world. In that context, the map is an interesting piece of fiction.

However, that then raises the even more troubling question about how anyone could seriously take this map as an accurate ‘2012 Political Map of The World.’

Maybe one of these books would help:

What do you think of the map? Harmless mistake or portent of something fundamentally wrong in American education? Leave your thoughts below: