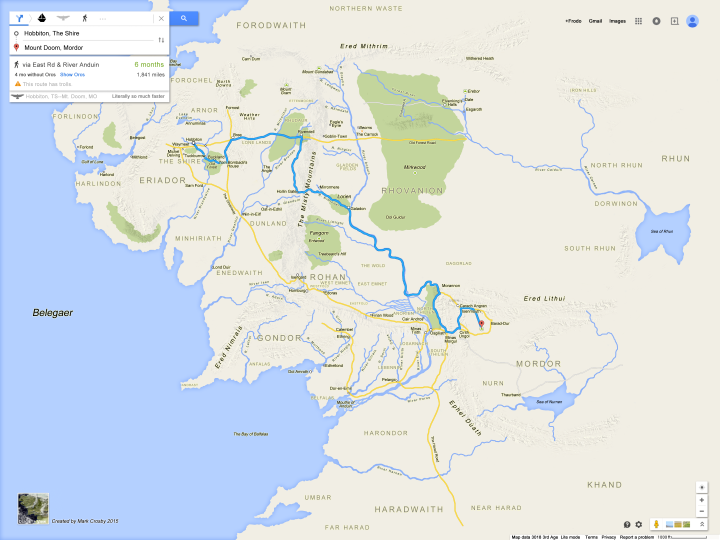 If Sam and Frodo had had this Google Map of Middle Earth, their journey would likely have been a lot easier than the one in the Lord of the Rings. Created by Mark Crosby the map has all sorts of wonderful additions.

One thing that’s never made a whole lot of sense about the Lord of the Rings films to me is, if they had Eagles, why didn’t they just use them to fly straight to Mordor. I understand the books and films are supposed to be more about the journey, but you’d think if you’re looking to destroy the One Ring of Power, you’d want to do it as quickly and efficiently as possible.

However, after doing some research, it seems hardcore fans of the series dismiss the Eagle option as pure fantasy. They claim the flying Nazgûl would have easily killed them before they got to Mordor.

In any case, the map above is great no matter whether or not the route taken by Frodo and Sam was the most efficient or not.

You can eve buy a similar map on Etsy.

For more Lord of the Rings see: