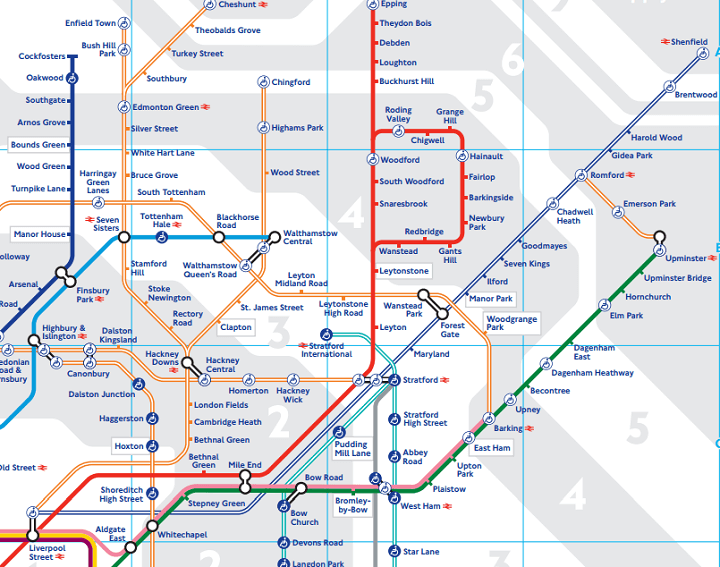 London’s tube map, arguably the most famous transportation map in the world, has just been updated. The reason is that Transport of London (TFL), which makes the map, has added some new services.

For those not living in London, TFL are the government body responsible for a large part of the transportation system of London. In addition to running London Underground they also run:

The new services are all located in East London, (section above), which means it’s starting to look a little crowded. The big addition is TFL rail, a new service that will turn into Crossrail in 2018/19. As of right now it runs from Liverpool Street to Shenfield, which will add another zone 9 station to Chesham and Amersham.

Notice anything else interesting? Leave your comments below: