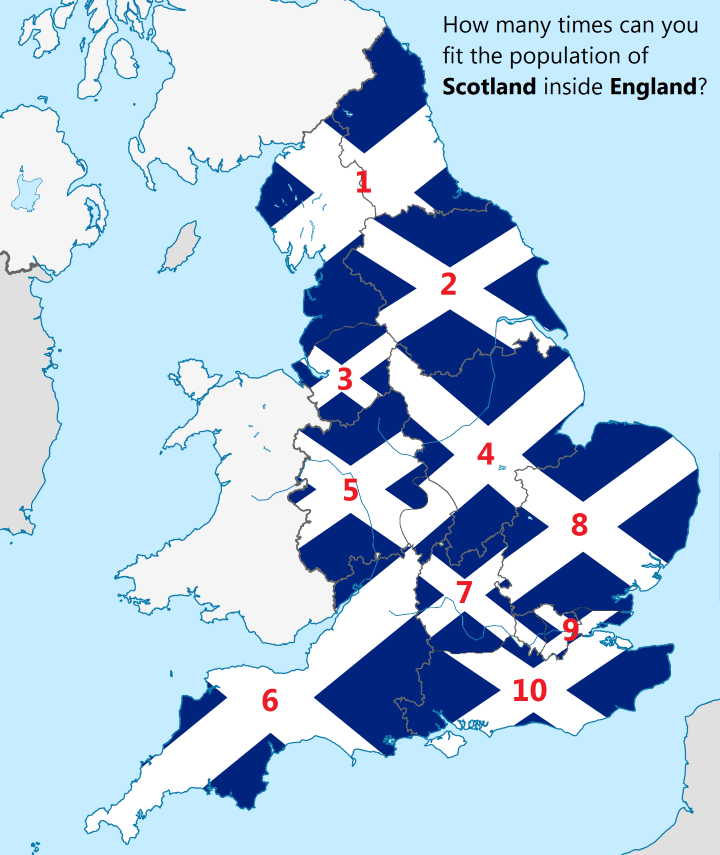 The map above shows how many times the population (not area) of Scotland could fit into England. In case you have difficulty reading the numbering above, the answer is 10.

Although it should be pointed out that none of these would be True Scotsman.

To learn more about the population of the British Isles please have a look at the following books:

Find this map entertaining? Then please share with a friend: