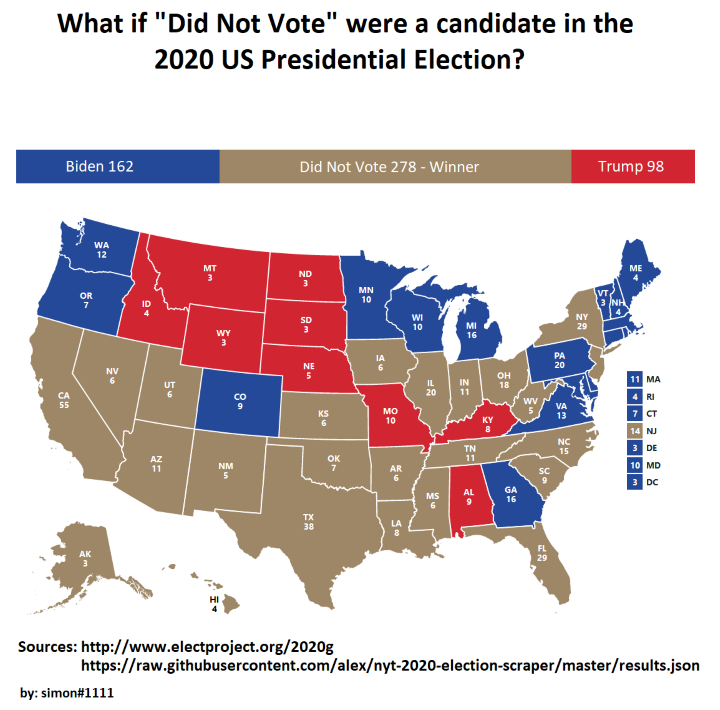 Map created by reddit user Ad8526, based off the 2016 map by Taillesskangaru.

The map above shows what the 2020 US Presidential Election results would have been if votes not cast for Biden, Trump or one of the third party candidates had gone to fictional “Did Not Vote” candidate.

Disclaimer: This map is based on data up to November 11th, 2020. Votes are still being counted so totals are likely to change.

Therefore, in 2016 Clinton would have got 51 electoral college votes where she did better than both Trump and non-voters, and Trump would have only managed to get 16.

In 2020, Biden would have tripled Clinton’s record with 162 votes and Trump would have increased his by 6 times going up to 98 votes.

The data comes from United States Elections Project and the NYT 2020 election scraper.