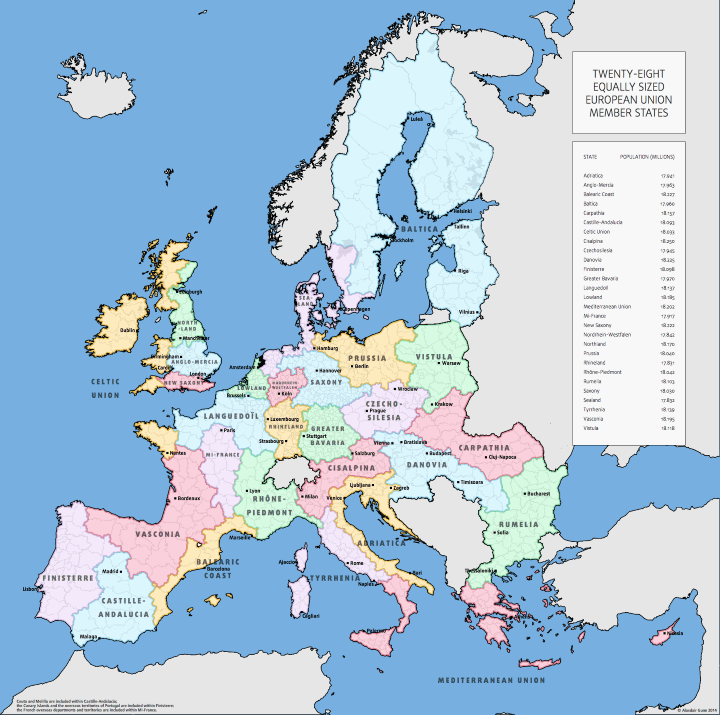 The European Union’s (EU) 28 member states vary enormously in population. From tiny Malta with just 425,000 people to Germany with 81 million. But what if they all had the same population? How would the map look?

As you can see above, if all EU members had the same population, they’d each have around 18 million people or slightly less than the current population of Romania.

Alasdair Gunn, who made the map, is quoted in BigThink as stating that “[it] is NOT intended in any way to represent meaningful units of government, at any point in time. This map was made (1) for fun and (2) to draw attention to the massive imbalance between member states at the Commission level.”

However, he’s come up with some interesting country configurations including:

Finally, if you look at the notes at the bottom of the map you’ll see that France’s overseas departments are included in Mi-France, which just happens to be landlocked.

What country do you live in now? Share your new nationality with your friends: