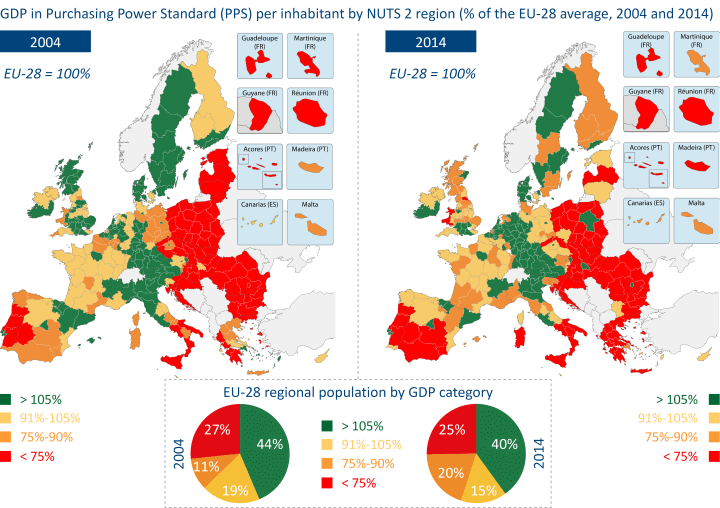 The map above shows the relative GDP per capita of the EU-28’s NUTS 2 Regions in Purchasing Power Standard (PPS) in 2004 and 2014.

And if you’re wondering just what exactly PPS is, Eurostat explains that it:

Severozapaden (Bulgaria) was the poorest with a GDP per capita of just 30% of the EU-28 average.

2004 was choosen as the base year since this is when Cyprus, the Czech Republic, Estonia, Hungary, Latvia, Lithuania, Malta, Poland, Slovakia, and Slovenia all joined the EU. Bulgaria and Romania joined in 2007 and Croatia joined in 2013.

For most of these countries, the economic effects have clearly been positive. Prior to their accession to the EU almost none of these countries had any regions with GDP per capita above the EU average. However, 10 years later that was no longer the case.

On the other hand, Southern Europe most notably Spain and Greece did not fare so well during this period with many of their regions falling to the lowest category.