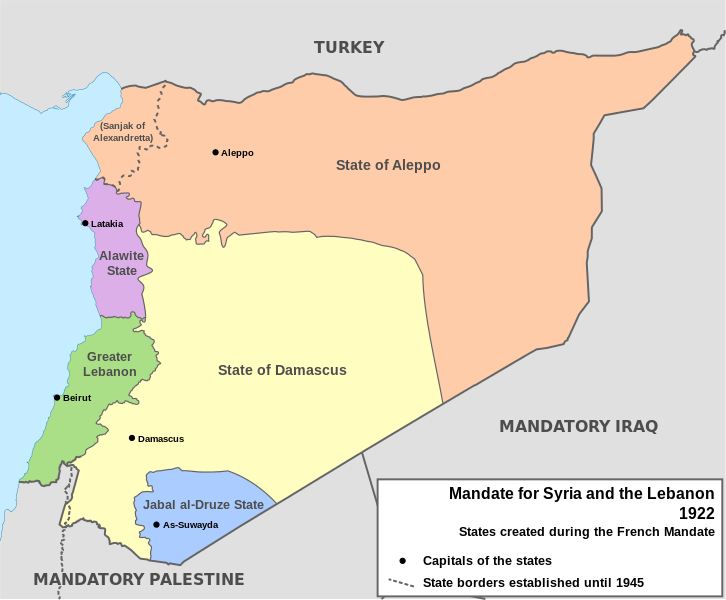 Map created by Don-kun via wikimedia

The map above shows the initial 6 states created by the French Mandate for Syria and the Lebanon granted by the League of Nations in 1922.

The mandate had been more less agreed to by Britain and France in the Sykes–Picot Agreement of 1916. Britain got Ottoman Mesopotamia (modern Iraq) along with Palestine and Transjordan whereas France got Ottoman Syria (modern Syria and Lebanon) and parts of modern Turkey (as you can see above).

The French Mandate for Syria and the Lebanon formerly lasted from 1923−1946. 6 states were initially created.

Below is a little information about each one:

While the French attempted to create states along ethnic and/or religious lines, each of them also contained substantial minority populations. Moreover, not all minority groups (e.g. The Kurds) were given a state of their own at the time.

Finally, it’s important to keep in mind that while all these were nominally independent states, they remained under the French mandate until the end of WW2.

You can learn more about the history of Syria from the following books: