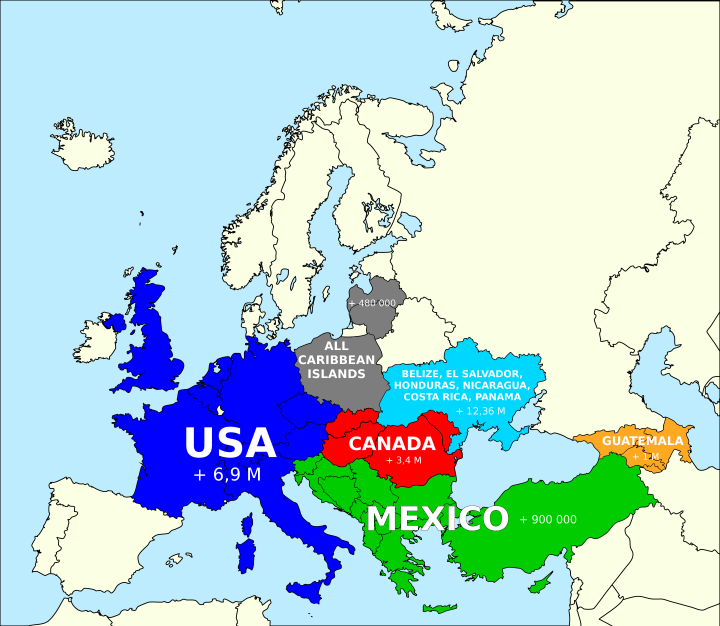 The US roughly fits into these countries:

The Caribbean can fit into:

Guatemala has a similar number of people as:

Finally keep in mind that North America is 24.7 million km2 vs Europe’s 10.2 million km2 and yet there are still nearly 200 million Europeans we haven’t counted in the map above. That’s why, depending on your perspective, Europe is either really crowded or North America is really empty.

Have any thought on the map above? Leave them in the comment section below: