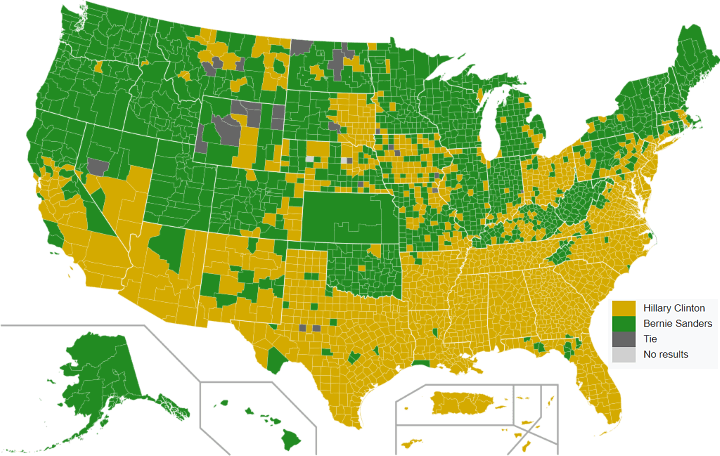 Map from created by Wikimedia

The map above shows a county by country breakdown of the Democratic Presidential primaries. Counties won by Hilary Clinton are shown in gold and those won by Bernie Sanders are shown in green (ties are in dark grey).

Overall, here’s how the totals broke-down:

You can learn about the campaign from the following books:

You can see a similar map for the 2016 Republican Presidential Primary Results by County here.

Please note this map has been updated from the one that appeared on April 9th, 2016 when the content was still ongoing.