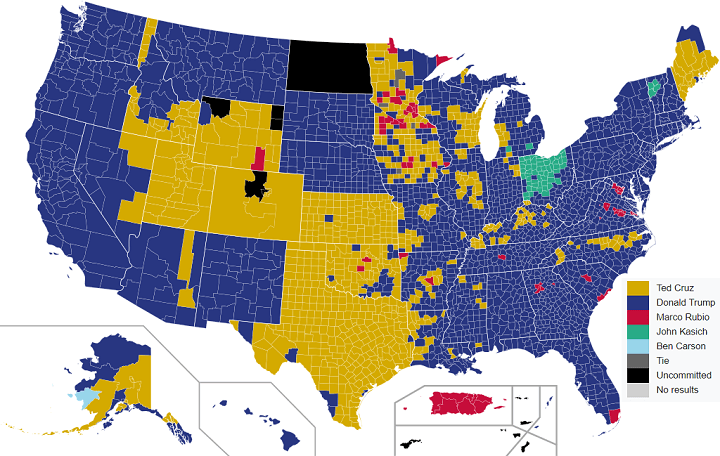 The map above shows the country level results of the 2016 Republican Presidential primaries. Dark blue for Trump, gold for Cruz, red for Rubio, turquoise for Kasich and light-blue for Carson.

The total delegate count for each candidate was:

In case you’re wondering the sole county to go for Ben Carson was the Kusilvak Census Area in Alaska.

This just goes to show how improbable Trump’s victory was. In neither the primaries or the general election was he able to secure a majority of vote, yet he still became president.

For more on that please see the following books:

You can find a similar map for the 2016 Democratic Presidential Primary Results by County here.

Please note this map was updated after the end of the primaries and originally appeared on April 6th, 2016.

If you find this map interesting please help us by sharing it: