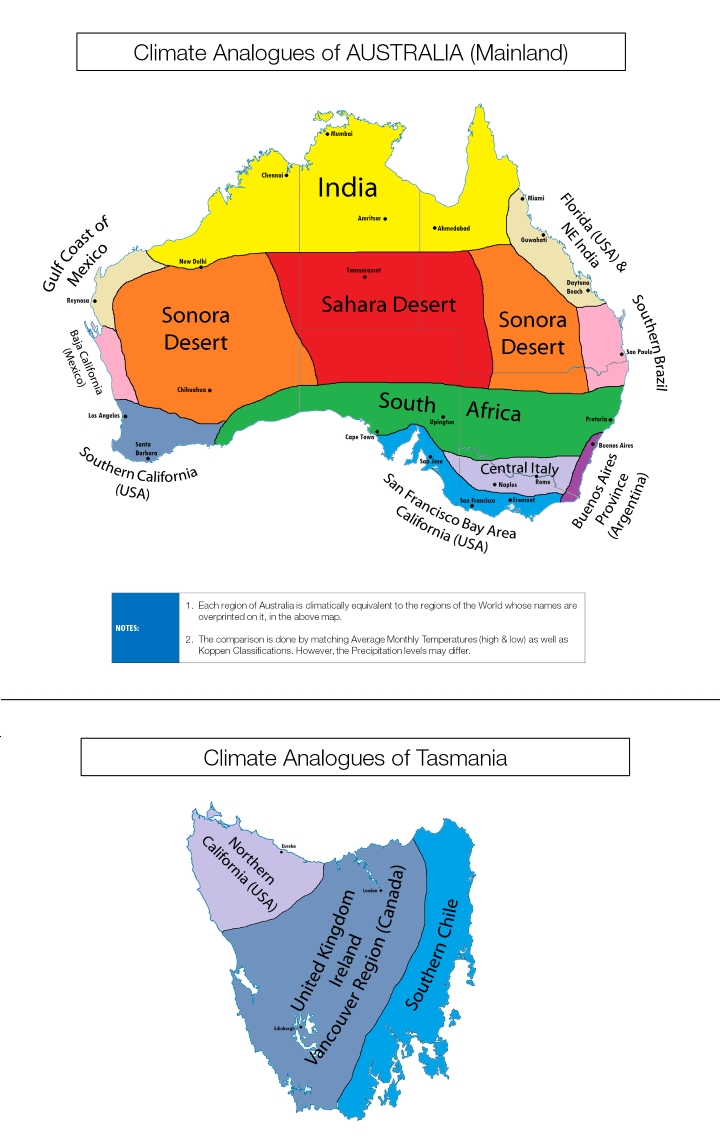 You probably already know Australia is a relatively hot country, but the map above shows how the clinate of its various regions compares to other places on earth (including cities).

For example, northern Australia has a similar climate to India (an admittedly vague reference point) and the middle of Australia is similar to the Sahara Desert.

The map takes into account not only average annual temperatures (high and lows) but also Köppen Climate Classifications. Precipitation levels may vary.

To lean more about the weather and climate of Australia have a look at the following books:

Enjoy this map? Then please share it with a friend: