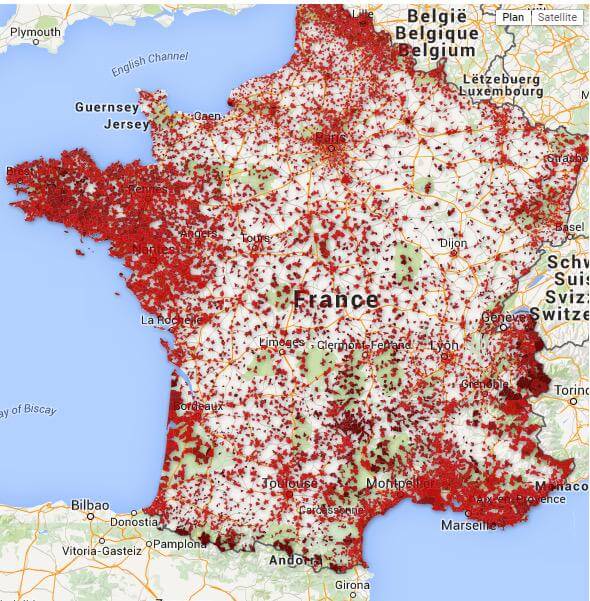 The map above shows the 3,209 bars which primarily serve alcohol in mainland France. This compares to 34,669 “mixed establishments”, such as restaurants, night clubs, etc. which also sell alcohol across France.

The data comes from Frace’s INSEE or National Institute of Statistics and Economic Studies.

It should also be noted that Paris looks like it has fewer bars than it really does, due to the way they are being displayed.

Want to find the right bar? The following guides may be of some help: