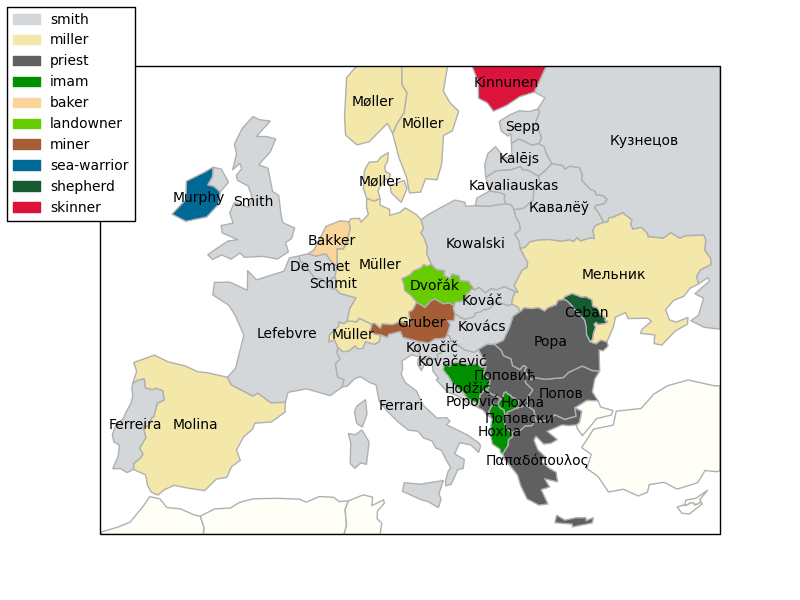 The map above shows the most common European surnames that have their origins as a specific type of occupation. Both Millers and Smiths are particularly popular.

The data is somewhat unscientific as it comes from Wikipedia, supplemented with data from reddit.

Nevertheless, there are a few interesting facts:

And in case you’re curious about what each of the jobs is here’s a brief explanation:

You can read the full post on Marcin Ciura’s blog.