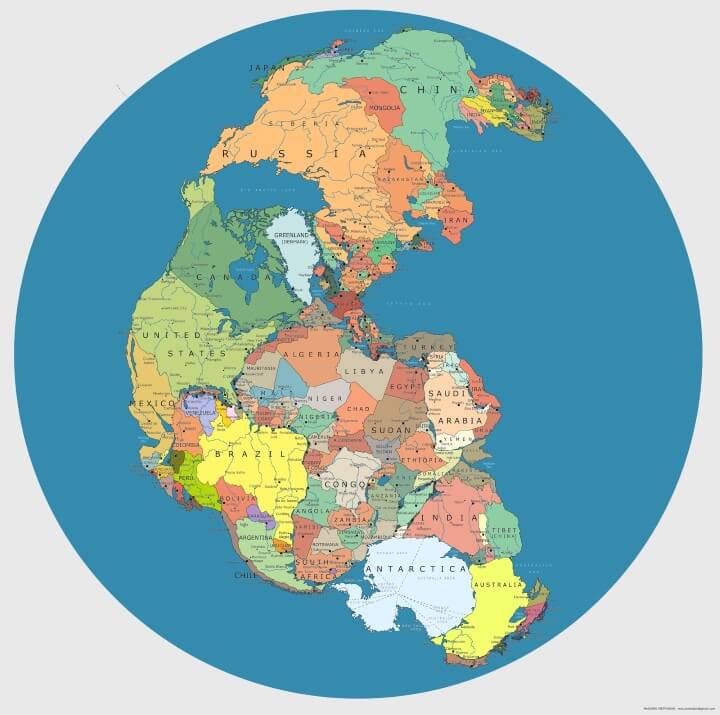 The map above is one of my all time favourites. It shows Pangaea, a supercontinent that existed from 300 million to 175 million years ago, with modern international borders.

Needless to say it would make international relations a little bit more complicated. Major changes include:

Update: You can now play around with a fully Interactive Pangaea Map With Modern International Borders here.

To learn more about the history of the earth have a look at the following books: