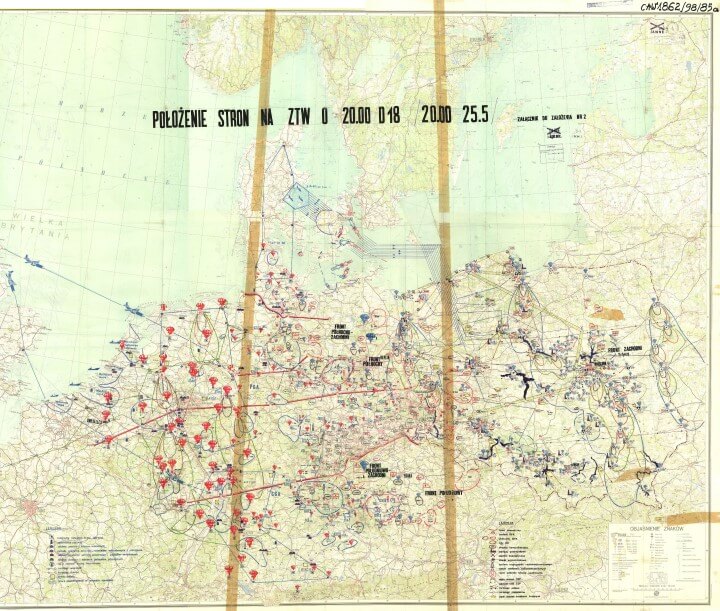 Cities in Central Europe that would be nuked at the beginning of World War III. Found via reddit

The map above shows how the Soviet Union thought World War 3 might play out in Europe.

The map was smuggled out by the Polish and delivered to the Americans during the Cold War. It’s based on the premise that NATO ground forces strike first and that the USSR would use its nuclear arsenal to halt, or at least slow their advance.

Thankfully this scenario never happened, but it’s a reminder just how close Europe and the World were to total nuclear annihilation, just one generation ago.

If you’re interested in how many times the world was on the brink during the Cold War, you may want to read the following books: