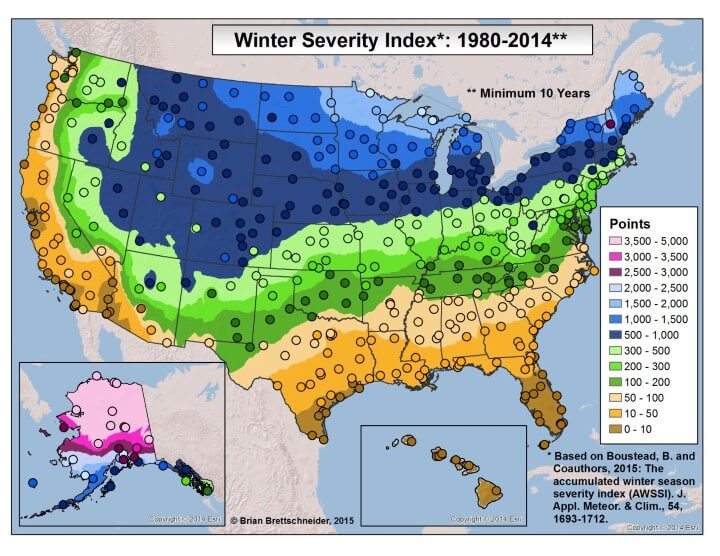 The map above shows how bad winters are around the United States using the The Accumulated Winter Season Severity Index. The circles on the map represent the weather stations used to collect the data.

Daily scores are calculated based on scores assigned to temperature, snowfall, and snow depth thresholds. The daily scores are accumulated through the winter season, allowing a running total of winter severity in the midst of a season as well as a final, cumulative value characterizing the full season.

Unsurprisingly, Alaska has the most points and states such as California, Florida and Hawaii have the fewest. Mount Washington is the worst location in the lower 48.

One last thing to note about the severity index is that it doesn’t take into account wind chill, so windier states may look less severe than the actually are.

And because Winter is Coming you’ll want to make sure you have a proper winter coat, hat, gloves and scarf.

Update: Well if you thought the US was bad, Climatologist49 made a new version of the map showing just how bad winters in Canada can get. 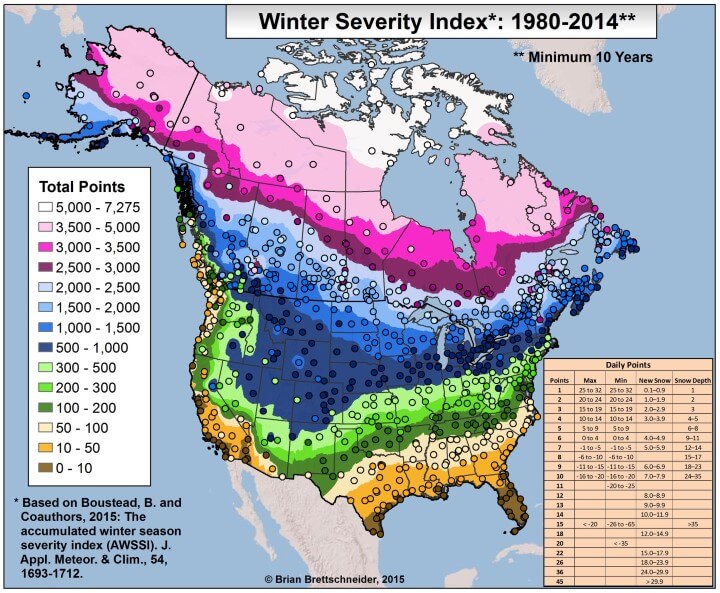 Know someone who’d enjoy these maps? Then please share it with them.