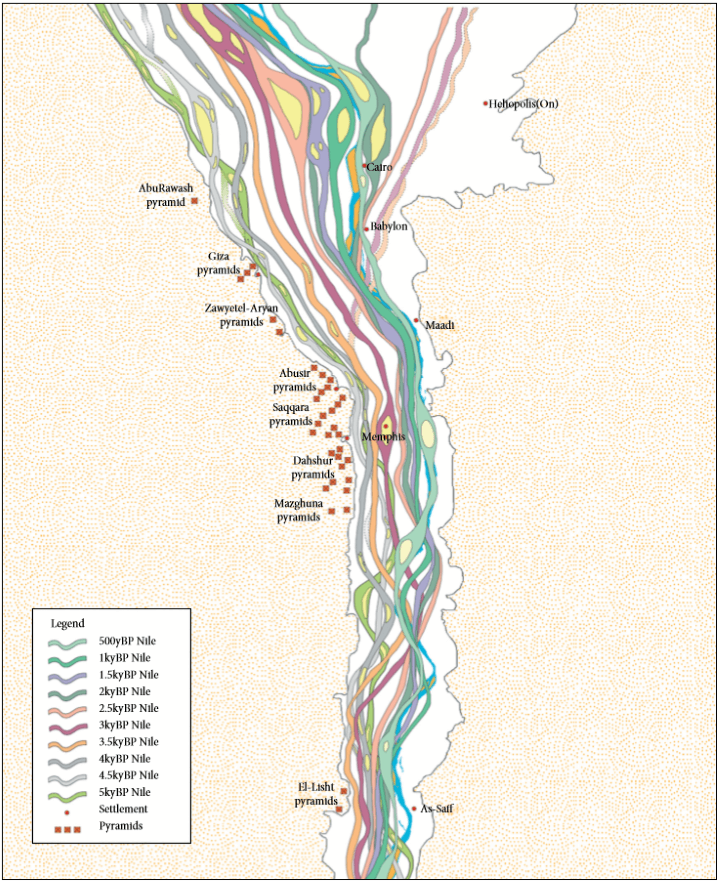 The map above shows how the course of the Nile river in Egypt has changed over the past 5,000 years. Additionally, it also shows settlements and Pyramid sites.

In case you’re having a hard time reading the map legend it says:

And, the light blue line is its present course.

A few facts about the Nile:

You can learn more about the Nile from the following books:

Enjoy this map? Please help us by sharing it with a friend: