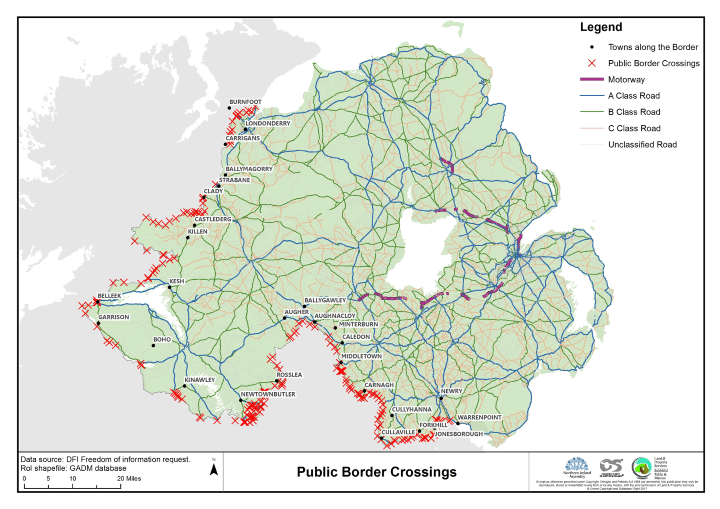 The map above shows 195 public road border crossing points between the Republic of Ireland & Northern Ireland.

However, if the UK actually goes ahead leaves the Customs Union and Single Market it can’t be.

And to put things in a little historical perspective, during the Troubles only around 20 of the border crossings remained open, or less than 10% of the current total.

It would be such a shame to throw away all that progress.