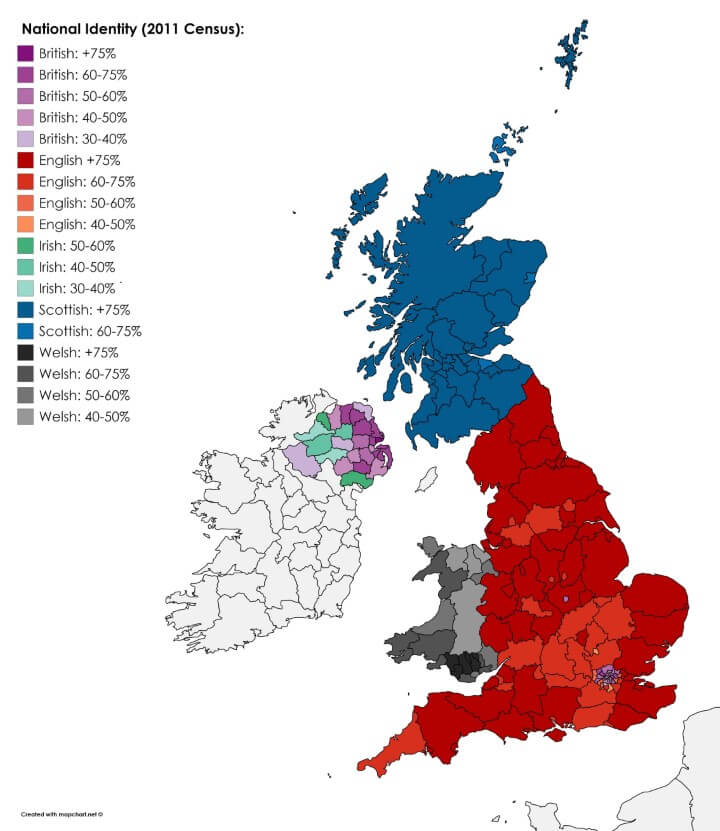 The map above shows the largest self-reported national identity group by share of population for each local authority area of the United Kingdom in the 2011 Census.

The map author goes on to explain that:

Please note that respondents were allowed to select multiple national identities at the census and that as such these identities are interchangeable. For example, 26% of people from East Renfrewshire in Scotland described their national identity as both Scottish and British.

The largest national identity groups for each constituent nation of the United Kingdom were:

So why isn’t Northern Irish shown on the map? Well that’s because:

‘Northern Irish’ identity actually outnumbers ‘Irish’ in Northern Ireland, however it is more evenly spread throughout the country and is outnumbered by British/Irish identities in all regions.

It tends to be stronger in more moderate parts of Northern Ireland such as Down and North Down, and among more moderate Roman Catholics and atheists/non-religious in particular who don’t actually want to break away from the UK.