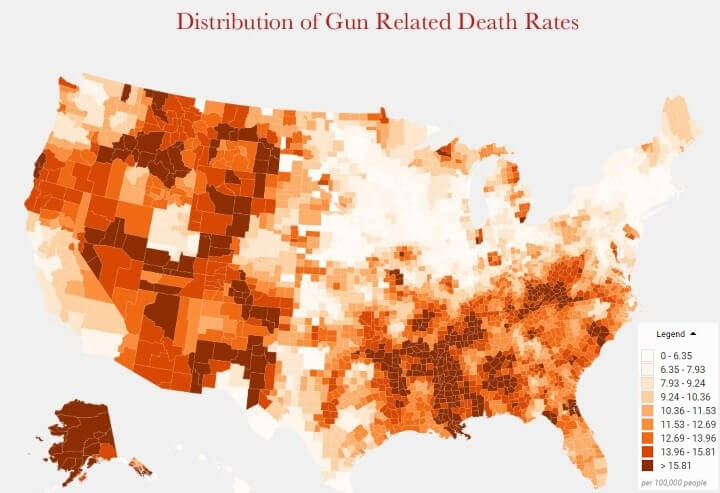 Distribution of gun related death rates in the US. Source: reddit user shihn

This is clearly demonstrated by the map above. The map originally appeared as part of a Braid’s Gun Violence in America interactive feature.

It clearly shows that gun deaths in America tend to cluster heavily in both the South and West of the country and also in Alaska. With California, Hawaii and the Northeastern and Midwestern states all having relatively lower rates of deaths from guns.

Across the country as a whole, the death rate is 10.5 people killed per 100,000 people per year. To put this in perspective this is:

So even states and regions with relatively low rates by US standards may have rates that are extremely high by international standards.

Yet, when you split the data out between homicides and suicides the distribution is surprisingly different. 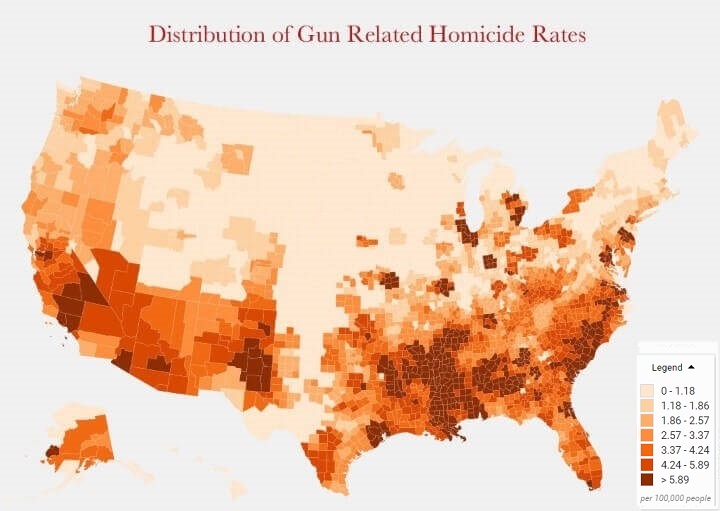 Distribution of gun related homicide rates in the US

Across the US, the average homicide rate from firearms was 3.55 per 100,000 people in 2013. What’s quite striking is that rates are much higher in the Southern states, but also in parts of California and big cities in the north such as Washington, Detroit and Chicago.

What’s notably missing are high death rates in the Western states that were seen in the first map. That’s because while gun related homicides killed 11,208 people in 2013, 21,175 people committed suicide using a gun. 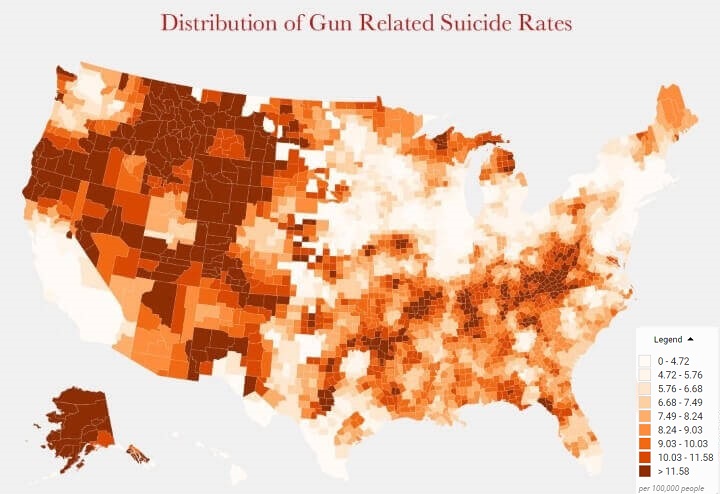 Distribution of gun related suicide rates in the US

This means the average death rate from firearm related suicides is 6.3 per 100,000 people per year, about twice the rate of homicides. On this basis you can clearly see that the Western states along with Alaska and a stretch of counties from West Virginia to Texas all have extremely high rates of suicide using a gun.

Want to learn more about guns in America? Then have a look a the following books:

Find these maps interesting? Then please help us by sharing it: