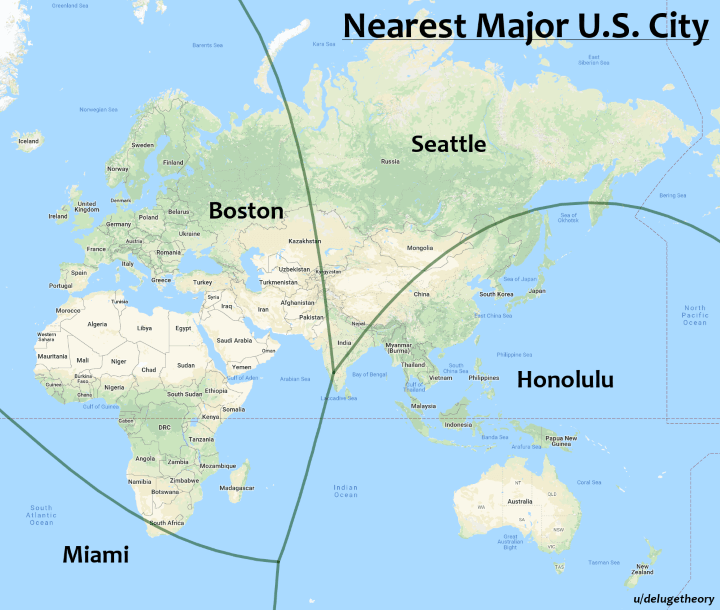 The map above shows the nearest major US city to Europe, Asia, Africa & Australia.

Major US city was defined as one of:

If you found this map interesting you may also enjoy the following books:

Also please help us by sharing this map: