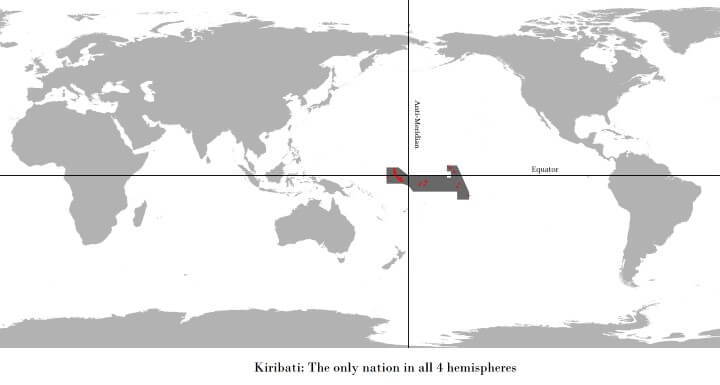 Kiribati is one of those countries you never hear anything about yet has some very unique and interesting geographic anomalies. These 3 maps created by reddit user evening_raga show a few facts about this overlooked part of the world.

The map above shows the most interesting fact about Kiribati: It’s the only nation in all 4 hemispheres of the world (North, South, East and West). 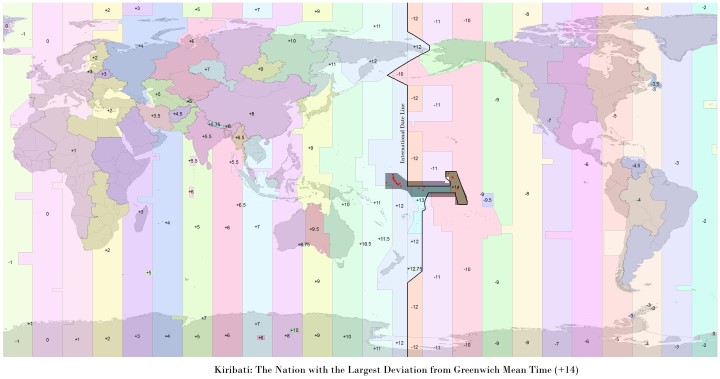 The country is also the furthest ahead of Greenwich meantime at GMT +14, making it the first country in the world to ring-in the New Year. This was done to keep the working week the same for entire country and not have it split over the international date line. 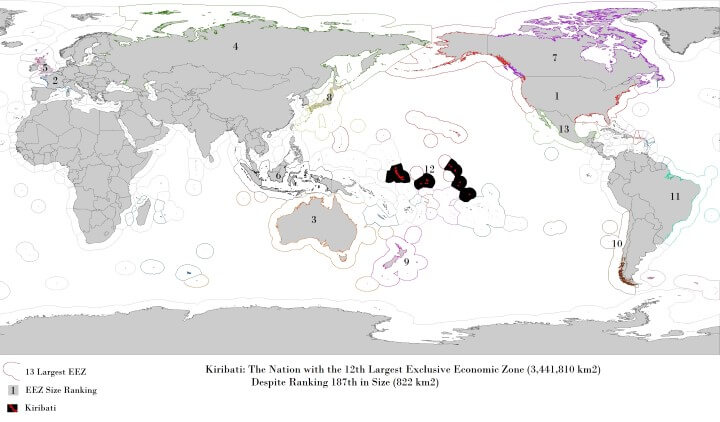 Thus, while the country is only the 187th largest in the world, its EEZ is slightly larger than all of India!

So you might want to book a hotel and visit Kiribati soon, before it disappears forever.

You can learn more about Kiribati from the following books:

Enjoy these maps and facts about Kiribati? Then please share the love: