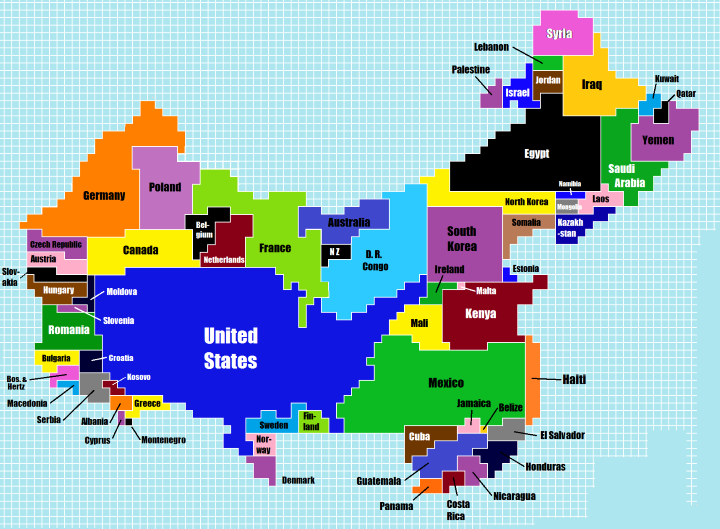 Similar to one of our earlier posts about 8 ways the US fits into the rest of the world, these maps show which countries’ populations would fit inside China and India, the world’s most and second most populous nations.

The first map above shows just how many large countries it would take to equal the population of China. However, the maps below are if anything more surprising. Please note all 4 maps on this page are the work TeaDranks, who deserves all the credit. 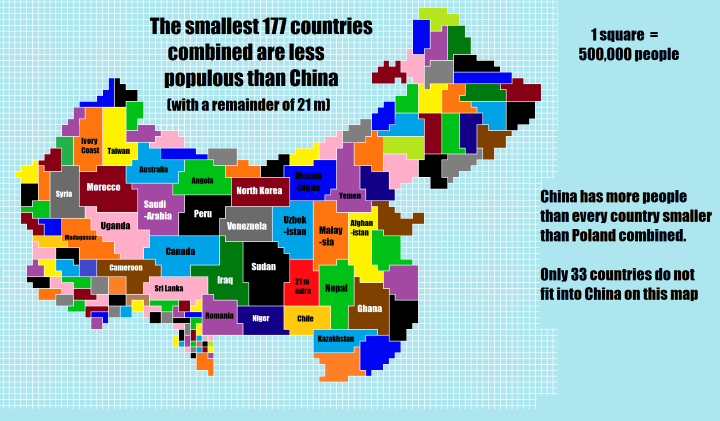 China has 21 million more people than the 177 smallest countries on earth put together. Or to put it another way, only 33 countries are excluded from the map above. One of which is India: 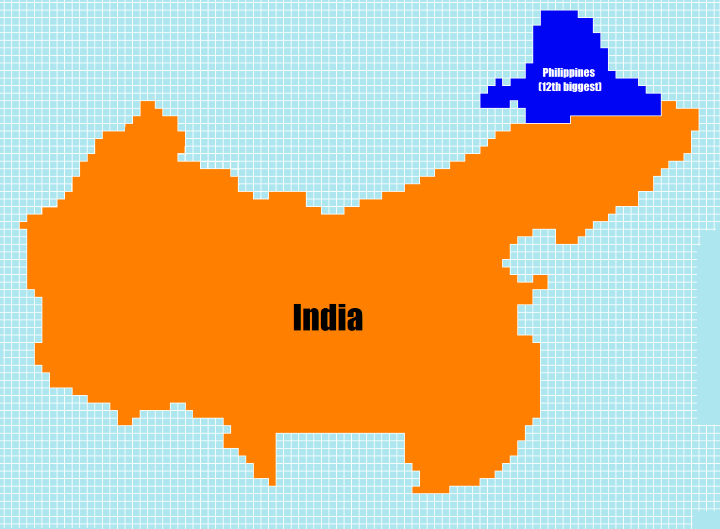 China compared to India and the Philippines

However, with population growing faster in India than China, the two countries are forecast to meet at roughly 1.4 billion each sometime before 2030, assuming of course current trends continue (they very well may not).

And just in case you though India was somehow a small country, have a look at the 4th and final map: 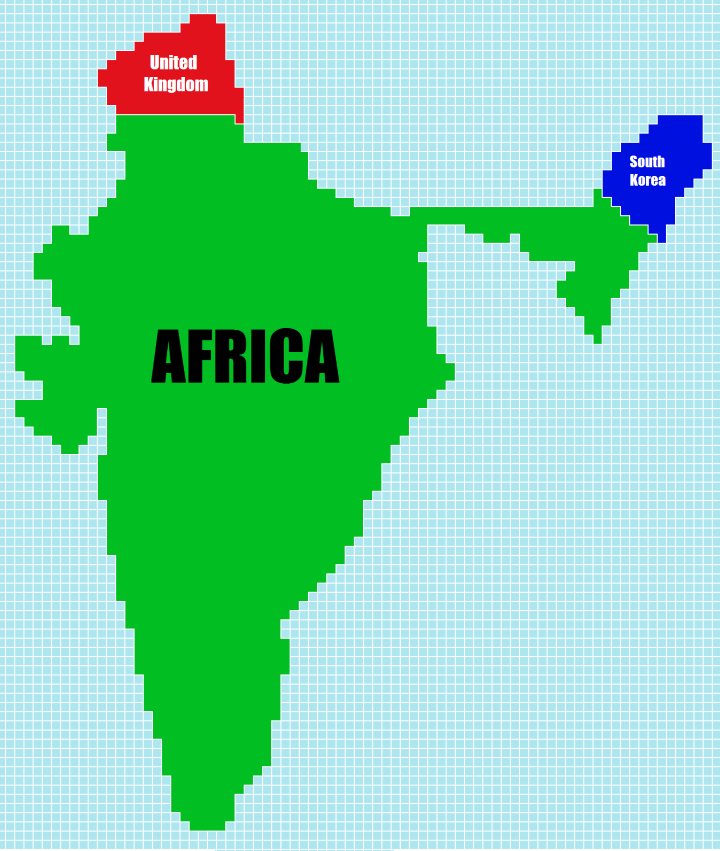 As difficult as it may be to believe, India has more people than the continent of Africa (1.111 billion), United Kingdom (64.1 million) and South Korea (50.22 million) combined.

The picture will look quite different by 2050, if current trends continue. At that point, Africa is projected to have 2.4 billion people, India 1.7 billion, United Kingdom 71 million and South Korea 43 million (which could increase if it reunifies with the north before then).

Like to learn more about world population? Then have a look at:

Have any comments about the maps above? Leave them below: