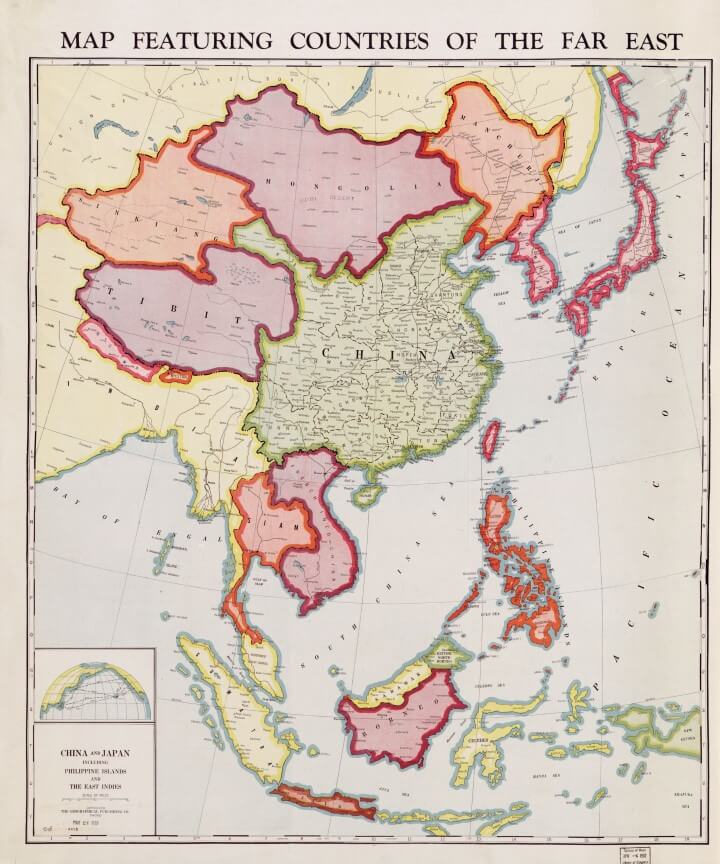 The map above shows East Asia (aka The Far East) in 1932. It’s interesting both because of what is and what is not included.

Interesting things that have been included are:

The most notable omission is that, with the exception of French Indo-China and British North Borneo, there is no references to the fact that many of the countries were colonies (e.g. British India, Duct East Indies, Insular Government of the Philippine Islands).

Also of note is the fact that neither Hong Kong or Macau are marked as being colonies and instead look as though they are part of China.

To learn more about Asia during the 1930’s have a look at the following books:

Find this map interesting? Then please share it with a friend: