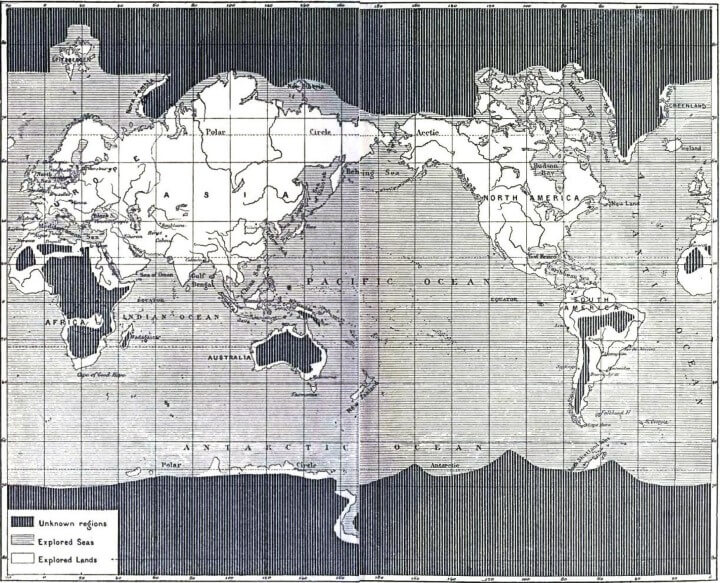 The map above appeared in Jules Verne’s The Great Explorers of the Nineteenth Century and shows the areas of the world that remained unexplored (to Westerners) in 1881.

While all of Europe, Asia and North America had been fully explored by 1881, the interiors of South America, Australia, and Africa had yet to be fully explored and mapped. Moreover, Antarctica and The Arctic were still almost entirely unknown.

Keep in mind that when this map was produced, the Berlin Conference, that formalized the Scramble for Africa, was still 3 years in the future. The South Pole would not be reached until 1911 by Norwegian explorer Roald Amundsen.

Finally, there is some debate as to when the the North Pole was reached. It was first reached in either 1908 by Frederick Cook, 1909 by Robert Peary or as late as 1926 by Roald Amundsen, who was the first undisputed person to reach it.

You can read the full copy of The Great Explorers of the Nineteenth Century for free on Kindle.

To learn more about exploration in the 19th century have a look at the following books: