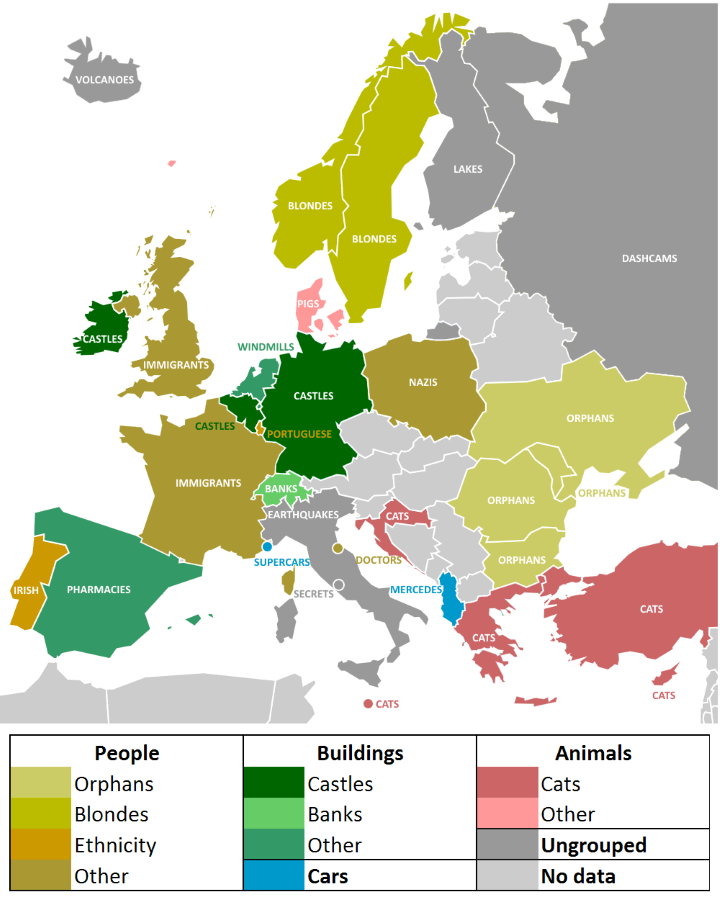 Why are there there so many immigrants in France & the UK, so many Irish in Portugal and Portuguese in Luxembourg, so many dashcams in Russia and so many cats everywhere?

The map above is based on the use of Google’s autocomplete function and is simply a reflection of what people are searching about there being so many of in each country.

Data for this map came from Google.co.uk, which means this is likely somewhat reflective of how the British view Europe.

The full results by country. Why are there so many…

If you enjoyed this map you may also enjoy: