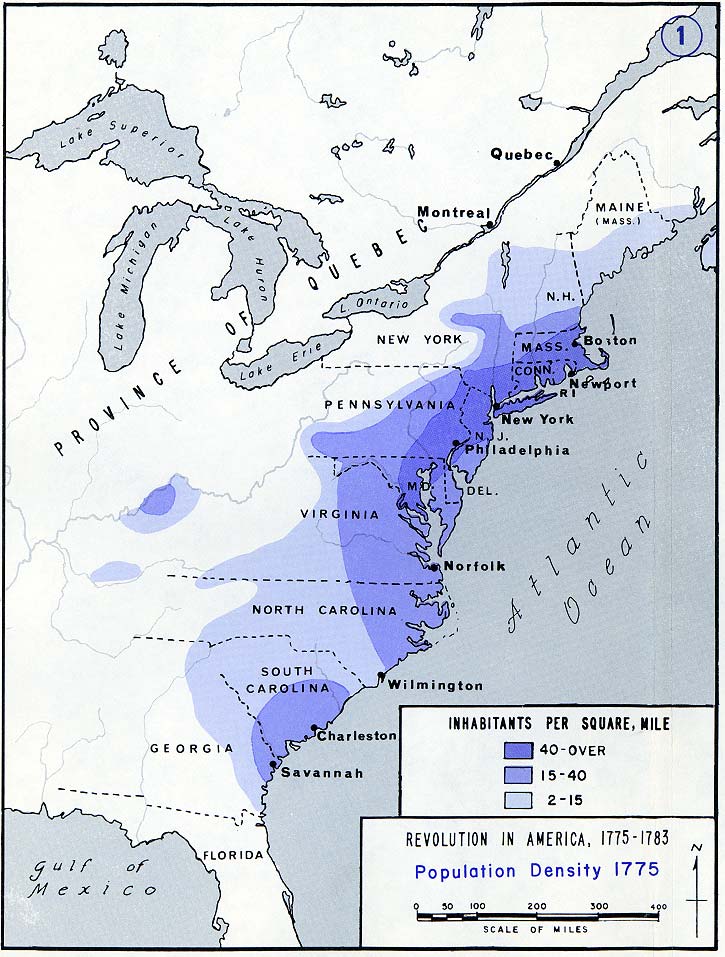 The map above shows the population density of the original thirteen American colonies, the year before they declared independence. Even back then, what would become the Boston–Washington Corridor was clearly evident.

While the map maker does not specify, the map likely only includes white colonists in their population figures, thus excluding Slaves and Native Americans.

Overall, there were estimated to be only 2.5 million people living in the original thirteen colonies in 1776, although that number should be taken with a grain of salt since the first census did not occur until 1790. As of early 2017, the US population is just shy of 325 million people, a 130X increase over 241 years.

To learn more about the history of this period, have a look at the following books: