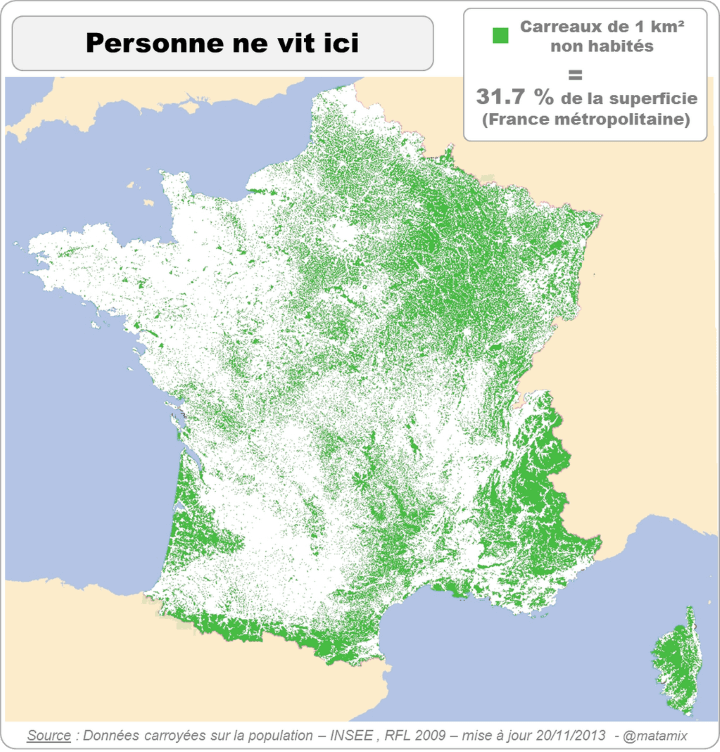 The map above shows where nobody in France lives, based on 1km2 squares. In total, 31.7% of metropolitan France is uninhabited.

Which is actually pretty remarkable considering the number for the United States is 47%, despite the fact that France is almost 4X more densely populated than the United States (123 people per km2 vs 34 people km2)

The map was created by @matamix, and is titled “Personne Ne Vit Ici”. He’s also created several other interesting maps about France on his website.

Want to learn a bit more about rural France? Have a look at the following books:

Enjoy this map? Then please help by sharing it with a friend: