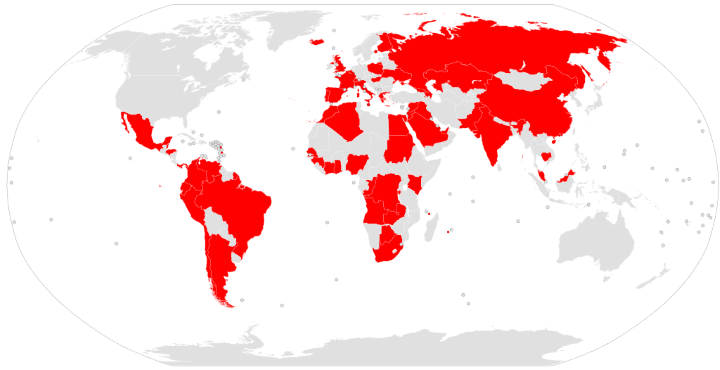 The map above shows countries where the head of state, politicians, public officials, public figures and/or their close family/associates are implicated in the Panama Papers (so far).

Just a few of the people implicated include:

Finally, while Russian Vladimir Putin has widely been reported as the most high profile person implicated, his name appears nowhere in the Panama Papers. As the Guardian reports:

Though the president’s name does not appear in any of the records, the data reveals a pattern – his friends have earned millions from deals that seemingly could not have been secured without his patronage.

If you found this map interesting, please help us by sharing it: