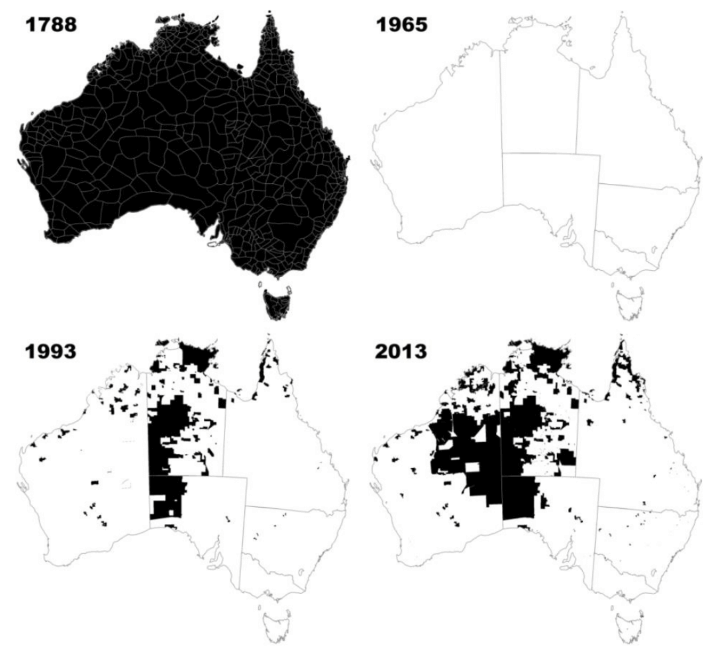 However, starting in the 1960’s the process started to reverse and Indigenous Australians slowly began to reclaim some of their land. This coincided with the full restoration of voting rights that had been taken away at the start of the 20th century and the eventual end of the school system that led to the Stolen Generations.

While the situation today is better than it was in the mid-1960’s, land claims are still being resolved. And of course the areas that have been returned so far are mostly sparsely populated desert.

For more on this, read the excellent original source article: The political ecology and political economy of the Indigenous land titling ‘revolution’ in Australia. It goes into far more depth and includes a range of other really brilliant maps.

To learn more about the issue you may want to read:

How do you feel about the theft and return of Australian Indigenous land? Leave your comments below: