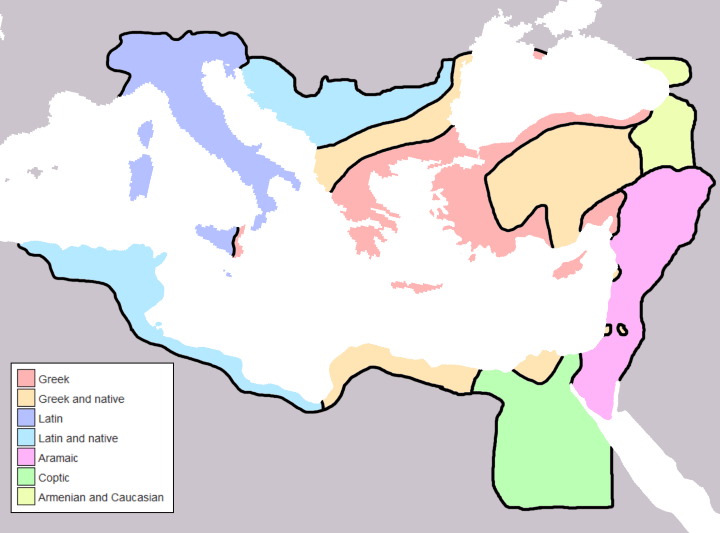 The map above shows the Byzantine linguistic divisions of the Byzantine (Eastern Roman) Empire during the rule of Justinian I around 560 CE (AD).

Justinian I attempted to restore the Roman Empire to its former glory by regaining the lost western half. The map above is what his Empire looked like towards the end of his reign, and as you can see he was partially successful.

At its core, was its capital Constantinople (modern day Istanbul), where the Greek language was spoken. As one moved away from Constantinople, Greek was used less frequently and in conjunction with other native languages.

Other important languages of Justinian’s Empire included: Aramaic (the language spoken by Jesus) found in what we would today call the Middle East, Coptic used in modern day Egypt, and Armenian and Caucasian found in the Caucasian mountains at the far eastern end of the Empire.

You can learn more about Justinian I and the Byzantine (Eastern Roman) Empire from the following books: