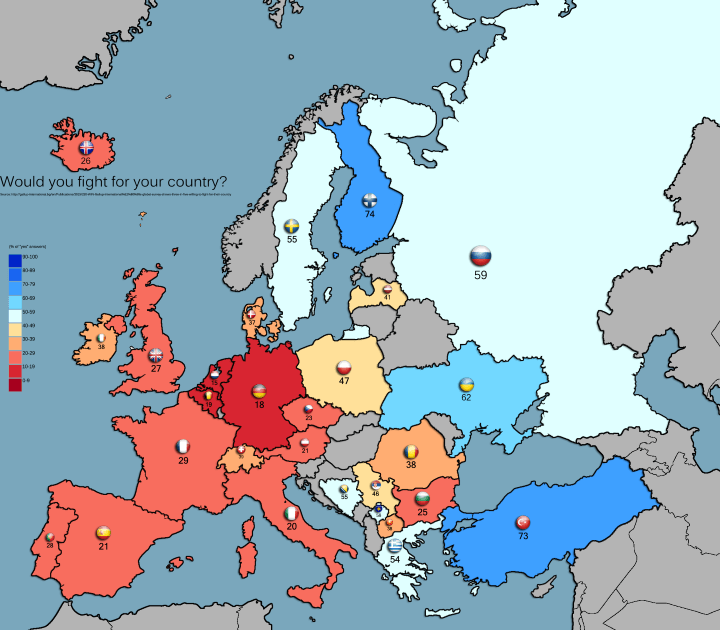 The map above shows the percentage of residents in various European countries who are willing to fight and go to war for their country.

From high to low, these are the percentages by country:

The results are from a 2015 WIN/Gallup International global survey. The sample size and methodology was as follows:

Europe is the continent with the fewest people willing to fight a war for their country. Globally, an average of 61% of respondents in 64 countries said they would. Morocco (94%), Fiji (94%), Pakistan (89%), Vietnam (89%) and Bangladesh (86%) had the highest percentage willing to fight.

The country with the fewest people willing to go to war was Japan, with just 11% of respondents saying they would fight.

For more on European wars and conflict have a look at the following books: