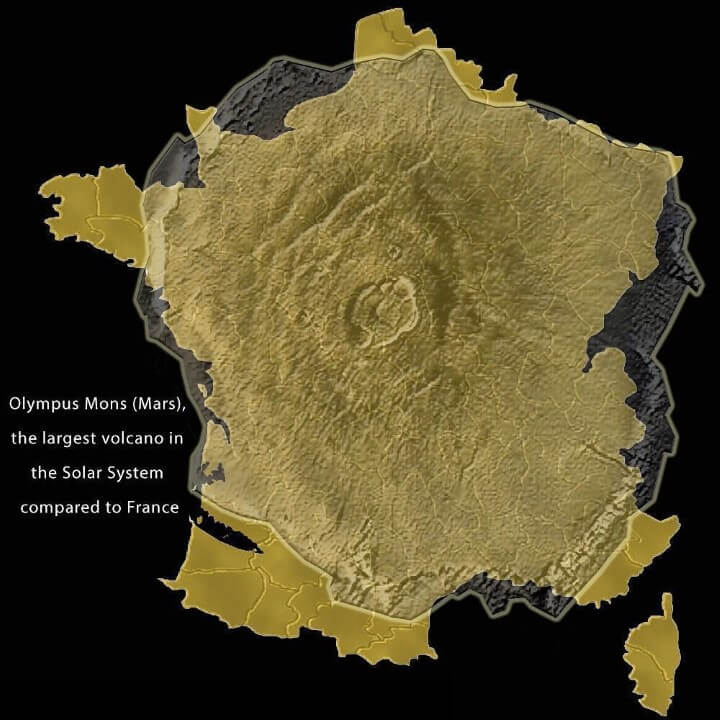 Olympus Mons is the tallest mountain and largest volcano on any planet in the solar system.

Finally, it has very gently sloping profile with an average slope of only 5°.

Because of the size of Olympus Mons and its shallow slopes, an observer standing on the Martian surface would be unable to view the entire profile of the volcano, even from a great distance.

Similarly, an observer near the summit would be unaware of standing on a very high mountain, as the slope of the volcano would extend far beyond the horizon, a mere 3 km away.

To learn more about Mars have a look at the following books: