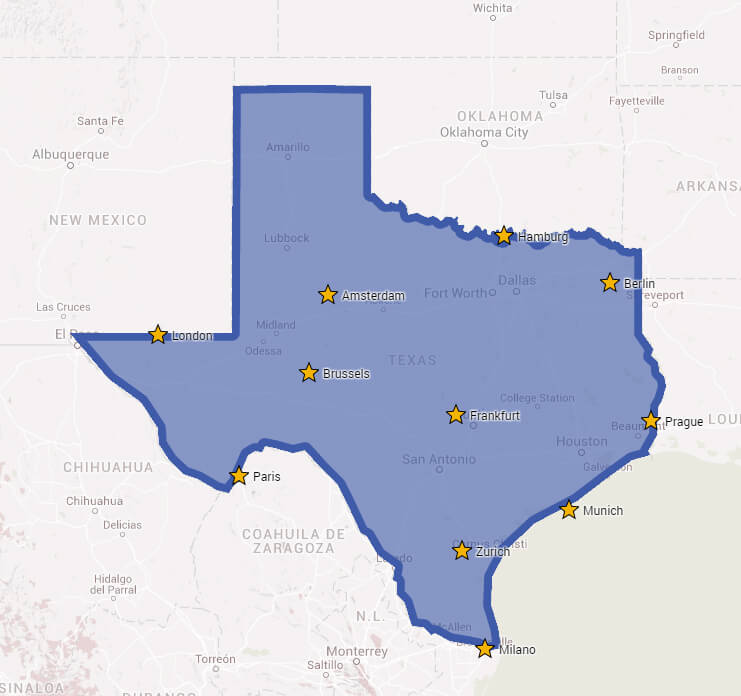 The map above shows the relative position of major European cities if they were suddenly moved to Texas. Depending on your point of view, it either shows that Texas is really big or Europe is very small.

As you can see, you can cities from as far west as London and Paris to as far east as Berlin and Prague and cities as far north as Amsterdam and Hamburg all the way south to Milan could all in theory fit in Texas.

However, in terms of population Texas, with just 27.7 million people, would only be the 10th most populous country in Europe or 7th in the EU; between Poland (38.5 million) and Romania (19.8 million). And, reddit user nybbleth estimates that the population of the area Texas is covering in the map contains roughly 160 million people.

So there you have it, Texas is big with relatively few people and Europe has lots of people in a relatively small space.

If you enjoyed this post you may also enjoy these books: