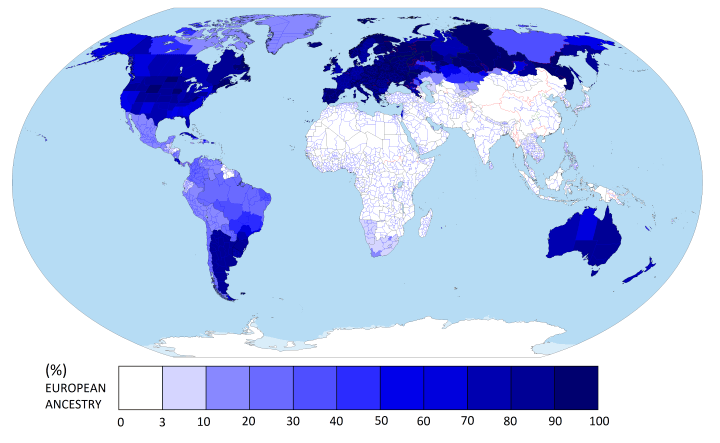 The map excludes Turks and Azerbaijanis from being Europeans, but includes Georgians and Armenians. While this may be because the former are Muslim and the latter are Christians this is not wholly satisfying due to the fact that Balkan Muslims are considered European.

Nagihuin, who created the map, got the figures for each country used the European Diaspora Wikipedia page and the following sources:

Therefore, based on most national censuses, many mixed race people would also be excluded from the map above and the data below.

If we take the controversial definition the map uses, the European descended diaspora population by country is as follows:

To learn more about the subject of European migration, ancestry and diaspora, consider the following books:

Leave your comments about the map below: