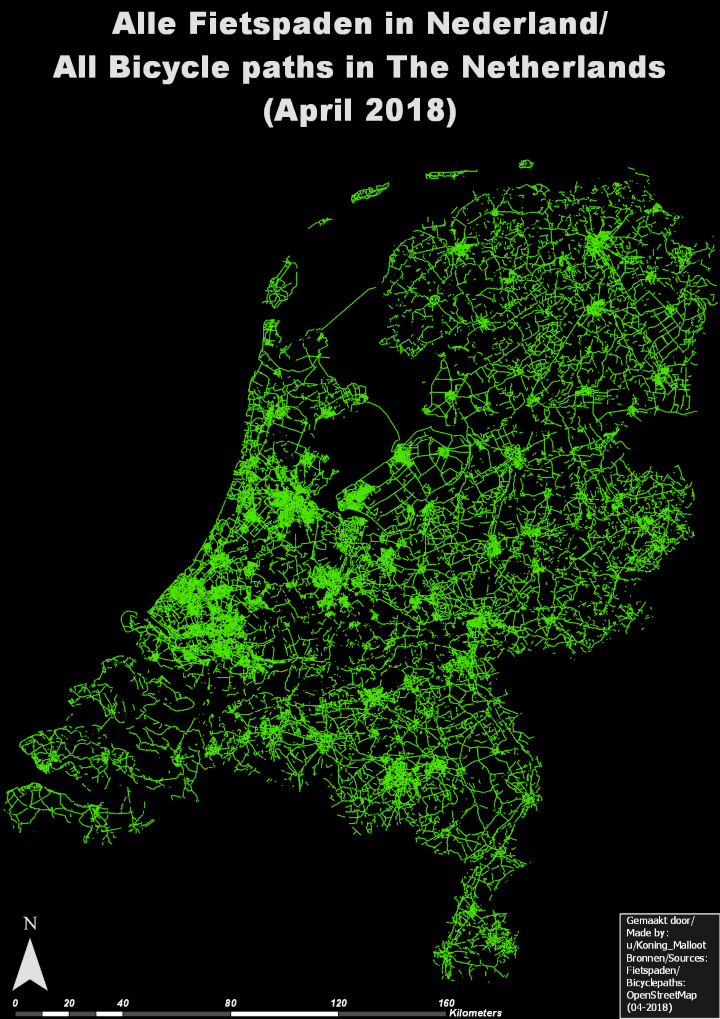 The map above shows all the bike paths in the Netherlands as of April 2018. The total length of the the cycle network is over 35,000 km long, although this map only shows dedicated/independent cycle paths, not roads that only have a cycle lane.

36% of people in the Netherlands list cycling as their most frequent mode of transportation compared to 45% for cars and 11% for public transit. With 27% of all journeys occurring by bicycle.

In total, the country has 22.5 million bicycles for a country of just over 17 million people, which means there are 1.3 bicycles per capita, the highest in the world.

For some more books on the topic have a look at: