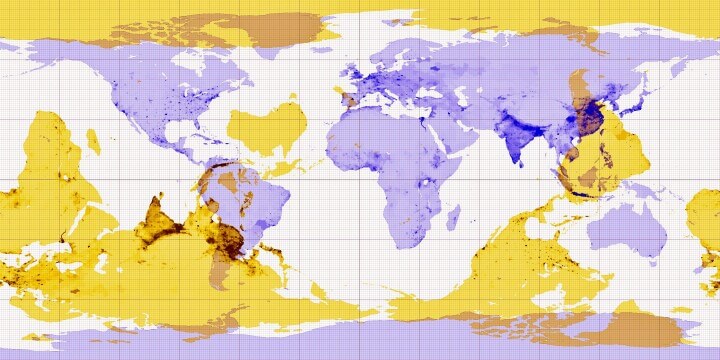 The map above shows where you’d end up if you dug a tunnel straight through the earth and came out the other side. In geography, points on the other side of the world are known as antipodes.

There are a few interesting things to point out about antipodes:

If you want even more facts and information have a look at the Wikipedia’s antipodes page.

One final interesting fact, that shows just how big the Pacific Ocean is, is that it contains its own antipodes. 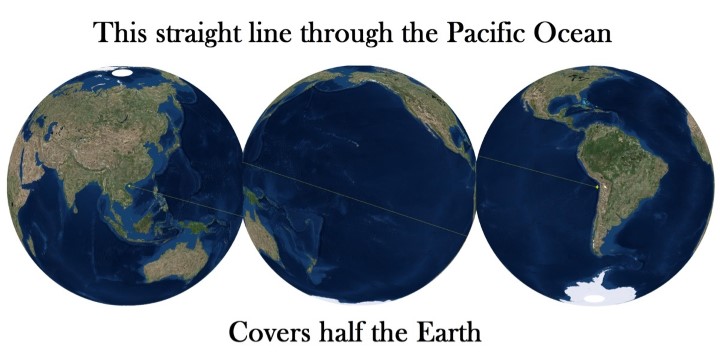 To learn more about weird geography have a look at the books below: