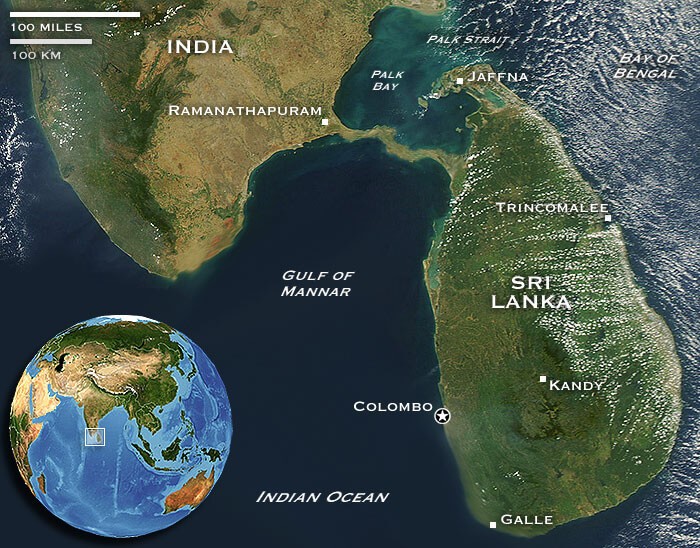 The map above shows what Adam’s Bridge (aka Rama’s Bridge or Ram Setu) in the Palk Strait might have looked like prior to 1480 when it connected India and Sri Lanka.

In 1480 a cyclone supposedly deepened the channels between India and Sri Lanka, rendering it impassible by foot. However, today some sections are still only between 1 and 10 meters (3 and 30 feet deep) as can be seen in this photo from NASA’s Landsat 7 satellite: 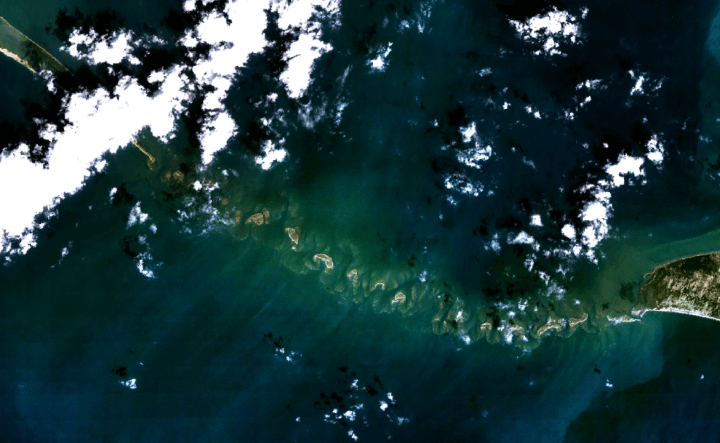 This makes it awkward for shipping, as large boats can not pass between the two countries, forcing them to travel around Sri Lanka. The Palk Straight itself is only 33 miles (53 km) wide at its narrowest point.

Thus, both a man-made bridge connecting the two countries and a shipping canal through the Palk Strait have been proposed in recent years. However, neither have been approved as there are a variety of objections to both plans.

Another controversy is whether the original Adam’s bridge was man-made or not. The Indian government maintains that, “if Lord Rama constructed Ram Setu, he had also destroyed it.”

This is a reference to it’s creation as told in the Hindu epic Ramayana, which you can read from the following sources:

Find this map interesting? Then please share with a friend: