While we tend to think of the Vikings as being based in and around Scandinavia, their activities took them a lot far further afield than that. The map above shows just how far.

In the 11th century, they became the first Europeans to attempt to settle in the Americas, beating Columbus by 500 years.

Their swords may have used used steel imported from modern day Afghanistan. And in the 9th century, they raided Constantinople, right at the heart of the Byzantine (Eastern Roman) Empire.

While historical records from 1,000+ years ago are spotty at best, the map at the top of the page attempts to show which countries were at least raided, if not settled, by the Vikings between 793 and 1066.

Keep in mind that the map is showing modern borders, but raids tended to focus on the coasts. So while they raided and settled in parts of what are now Russia and Canada, its unlikely they ever made to Siberia or Vancouver.

The map is based on data from here and here.

To better understand where and when the vikings are likely to have raided and settled, this map from Wikipedia may be of some use: 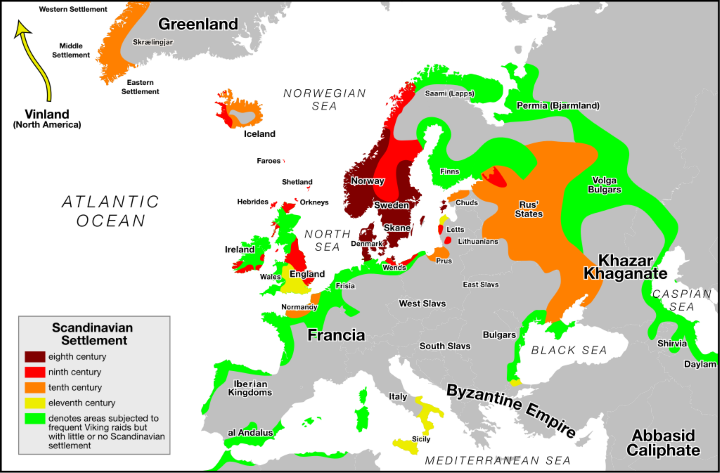 To learn more about the Viking world, have a look at the following books:

Know any other good Viking facts? Let us know below: