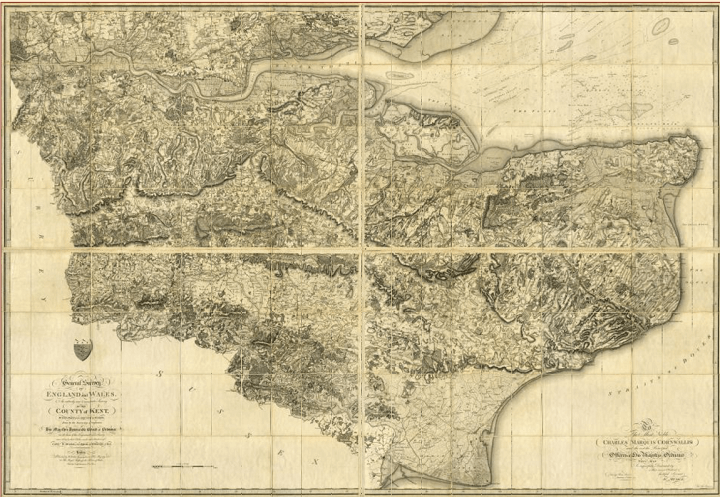 The map above, titled An Entirely New & Accurate Survey Of The County Of Kent, With Part Of The County Of Essex was created by William Mudge in 1801 and is regarded at the first official Ordnance Survey map.

The map was commissioned in the 1790s to help defend England from a feared French invasion during the French Revolution. What made it different from previous maps, was the use of the Trigonometrical Survey which produced much more accurate results compared to previous techniques.

As the name suggests, it covers the entire county of Kent, including many bits that now form Greater London, along with some of the county of Essex. The survey was carried out under the direct of Captain William of the Royal Artillery (based at Woolwich) and printed at the Drawing Room at the Tower of London.

If you’d like to get a close up view of the map, there’s no need to go to the British Library since the MAPCO website has a detailed scan of the entire map you can view online. Note all scans remain the © Copyright David Hale / MAPCO 2006-2016. Here are some samples: 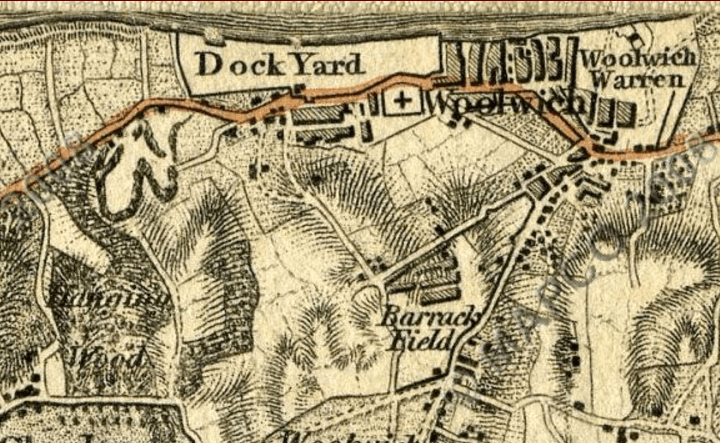 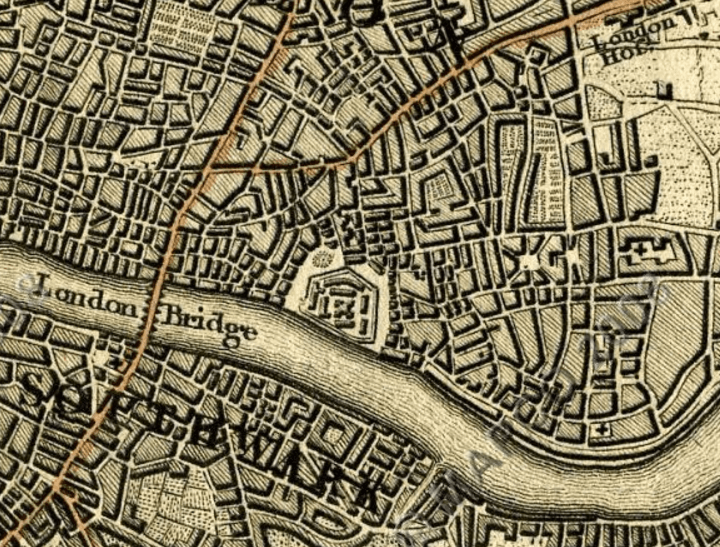 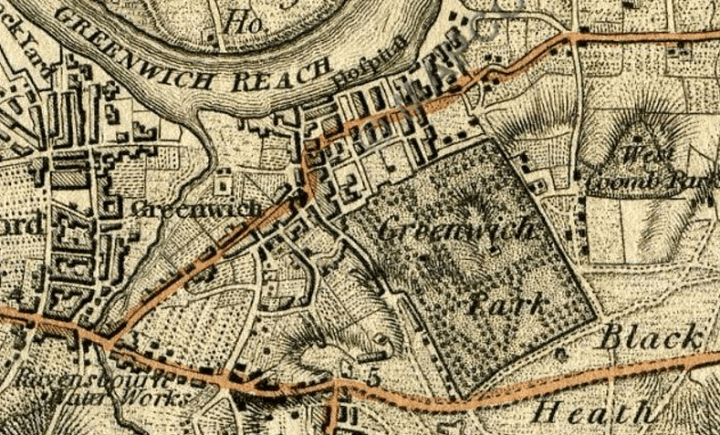 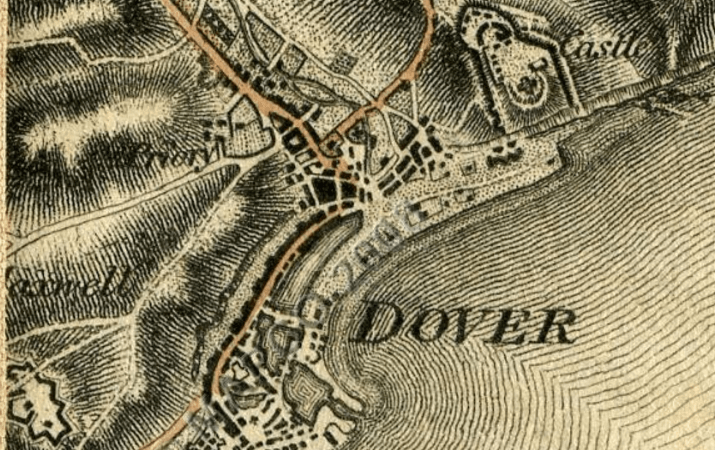