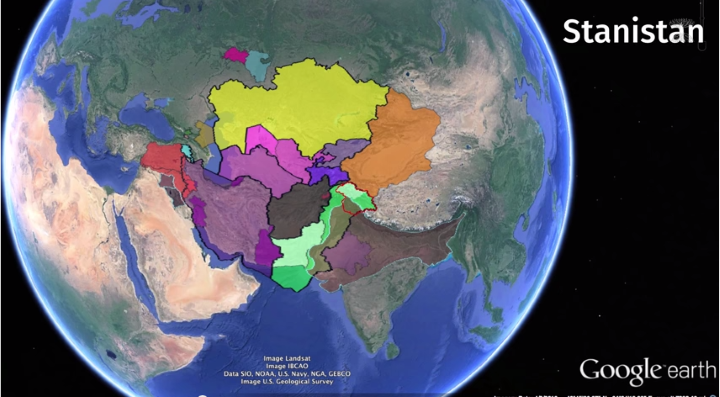 Why are there so many countries that end in -stan? In total 7 countries: Afghanistan, Kazakhstan, Kyrgyzstan, Pakistan, Tajikistan, Turkmenistan and Uzbekistan include the suffix -stan in their names.

These countries have a combined population of nearly 280 million people (fewer than only China, India and the United States) and cover an area of 5.45 million square kilometers (7th largest in the world).

The first clue is their location, all 7 countries can be found in central Asia. ‘Stan’ comes from the Persian word for “place of” or “country” which derives from the word sta or ‘to stand’. All 7 -stans are contiguous with modern Iran, which is the modern successor state to Persia. See map below:

Map by Planemad via Wikimedia

Moreover, the 7 -stans aren’t the only places with the suffix -stan, 5 Irianian provinces and whole host of other aspiring countries (e.g. Kurdistan) and regions also use the suffix.

So what does any of this have to do with the United States? Why is it a -stan country like Kyrgyzstan? Well for an answer to that, you’ll have to watch this fascinating video below:

Bonus Map If the Stans United: 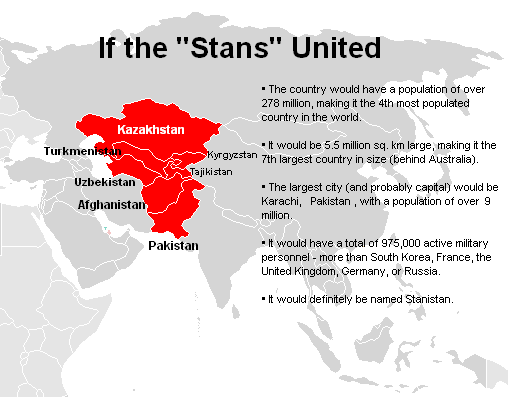 Stanistan aka “Land of Land” map by reddit user samuel2097

Did you like the video? Want to see more? Let us know below: