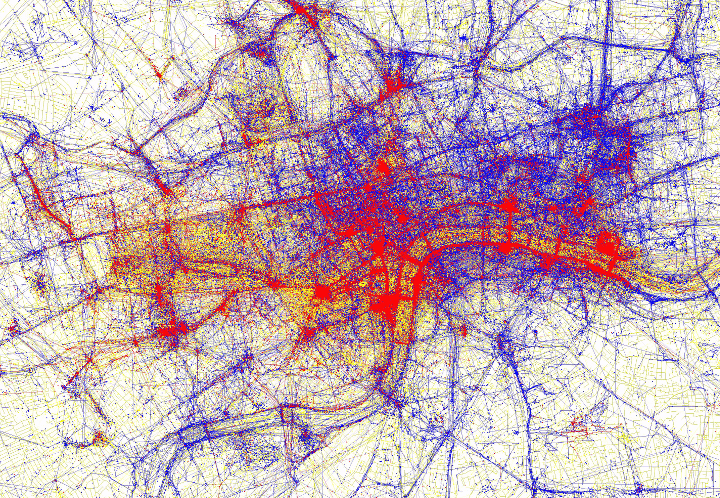 Tourists and locals experience cities in strikingly different ways. For example, in London most tourists will visit Buckingham Palace, the Houses of Parliament, St. Paul’s Cathedral, Oxford Street, etc. but will probably not end up visiting East Croydon, Hendon, Dagenham or any of the other parts of London outside of Zone 1.

Conversely, Londoners can go years without ever visiting the tourist traps of central London. To see just how different these two worlds are, have a look at the map of London above based on where people take photos.

So, for London you can clearly see the divide mentioned above and the map above only really shows zones 1 and 2. Go further out and you find even fewer places visited by tourists.

The map was created by Eric Fischer who’s also created similar maps for most of the world’s major cities. All of them are part of a project called Locals and Tourists, which in turn is based on a larger project called The Geotaggers’ World Atlas.

The data is from 2010-13, so may be slightly out of date, yet for most cities popular tourist destinations change little from year to year. Eric used MapBox and Twitter data from Gnip to create the maps.

Locals are those who tweeted from the same location for at least a month, while tourists where those who were considered local in another city but were tweeting in a different location.

In total 136 maps were created, here are 19 of the most interesting cities. You can view the full album here. 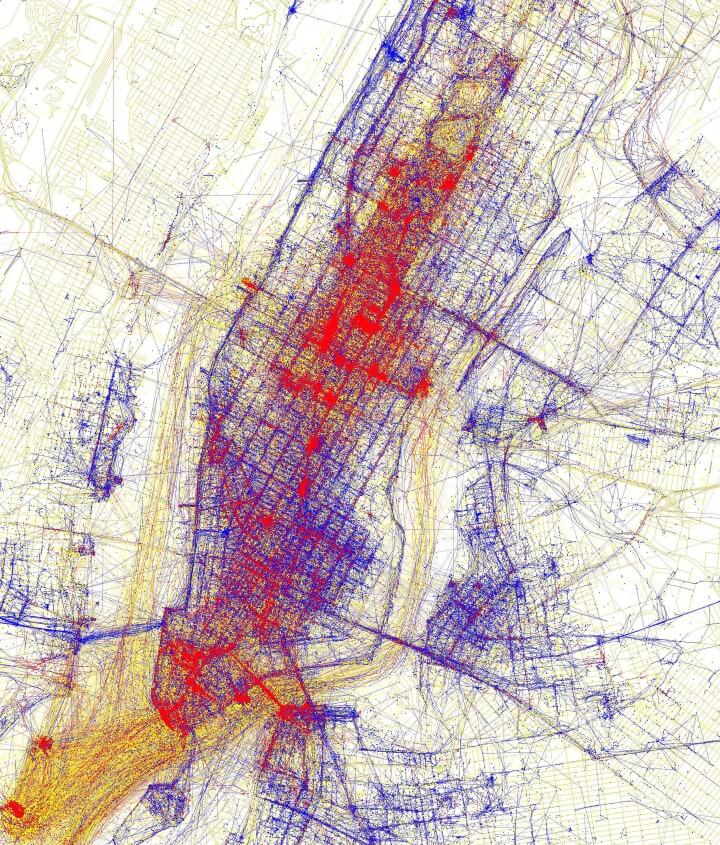 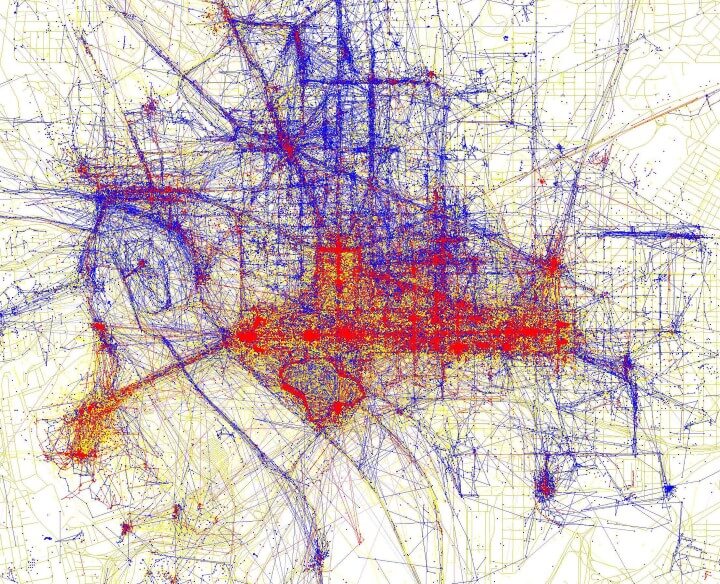 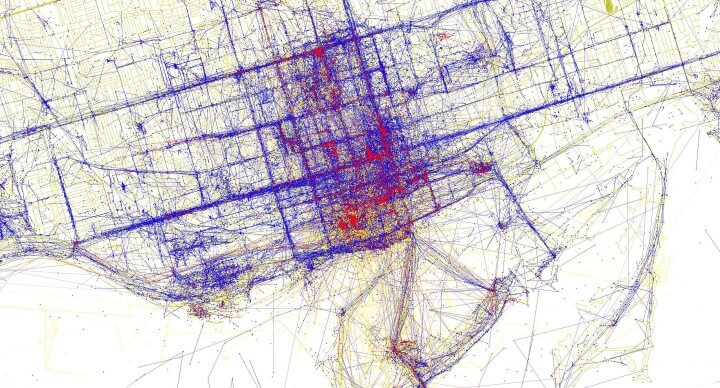 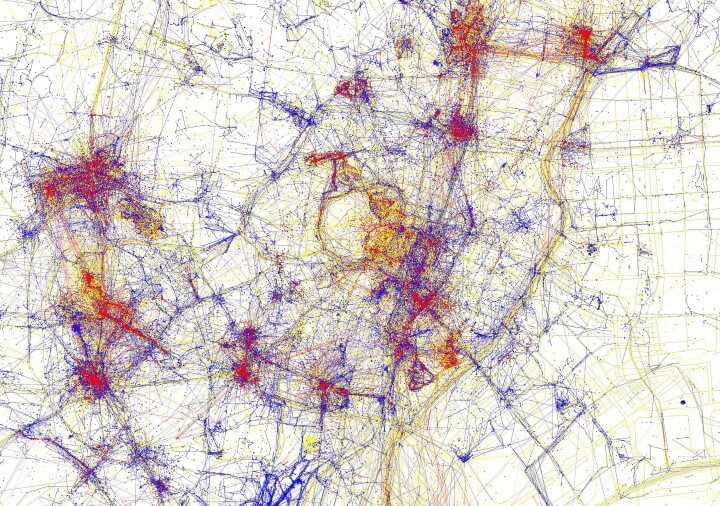 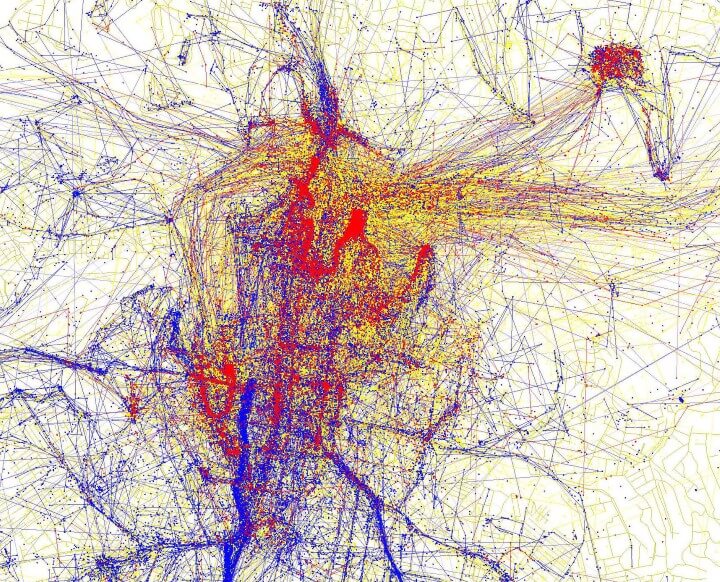 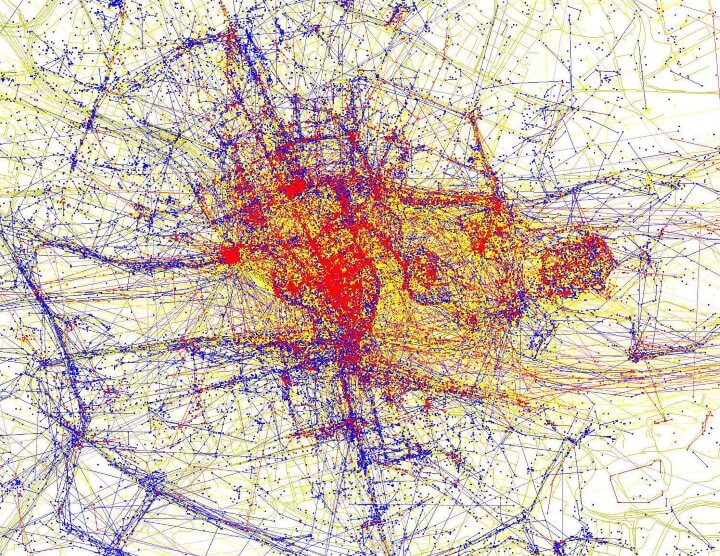 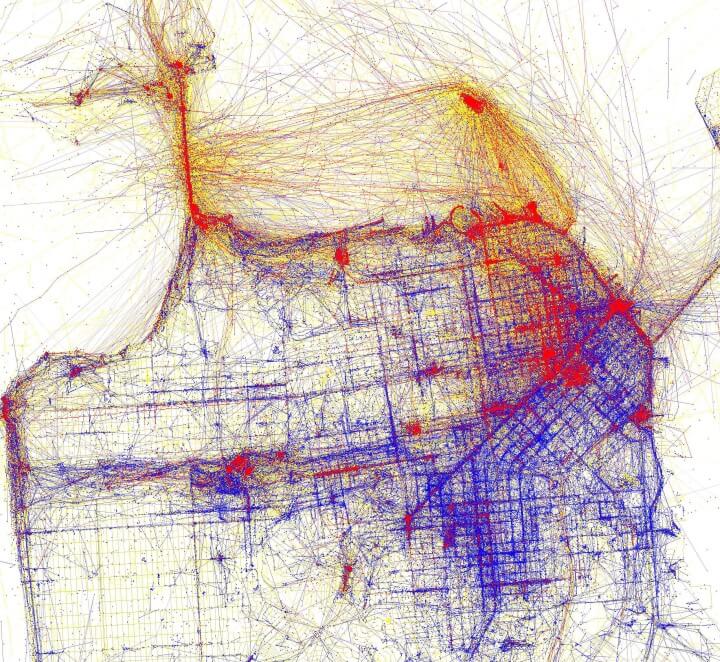 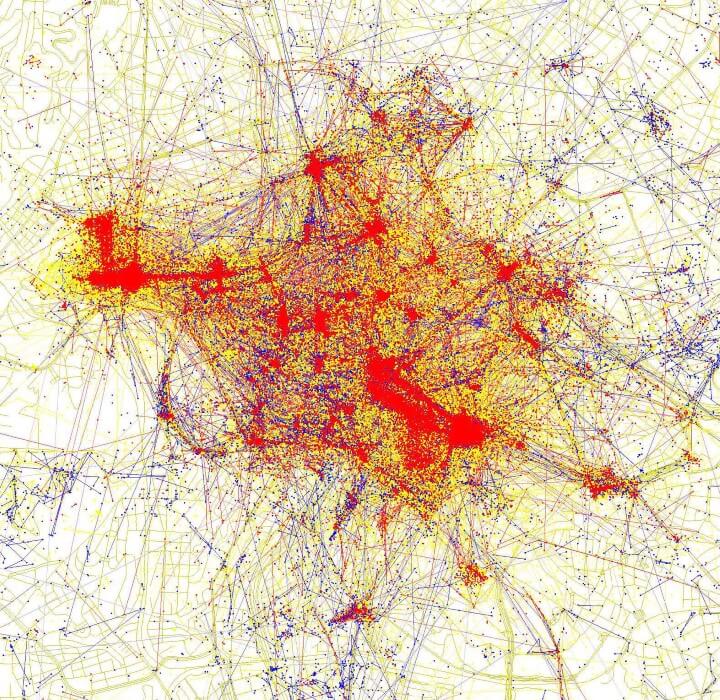 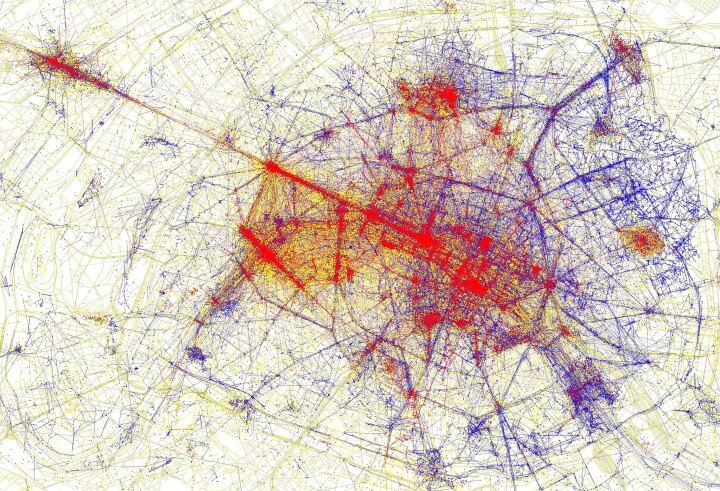 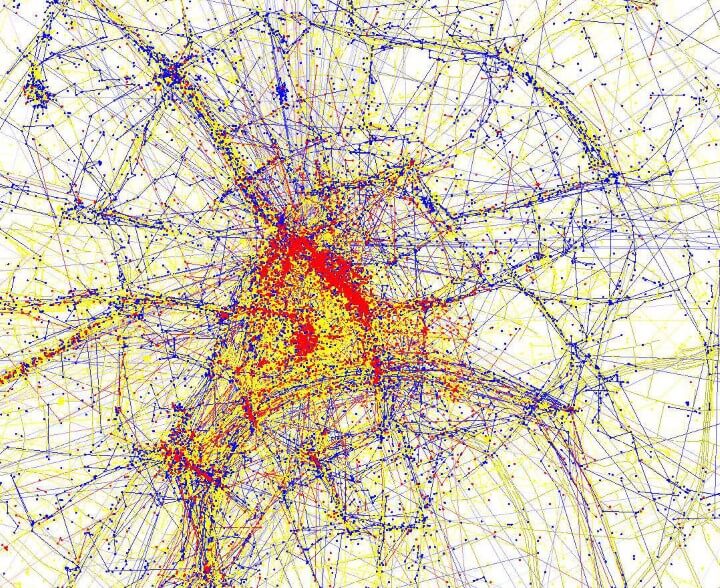 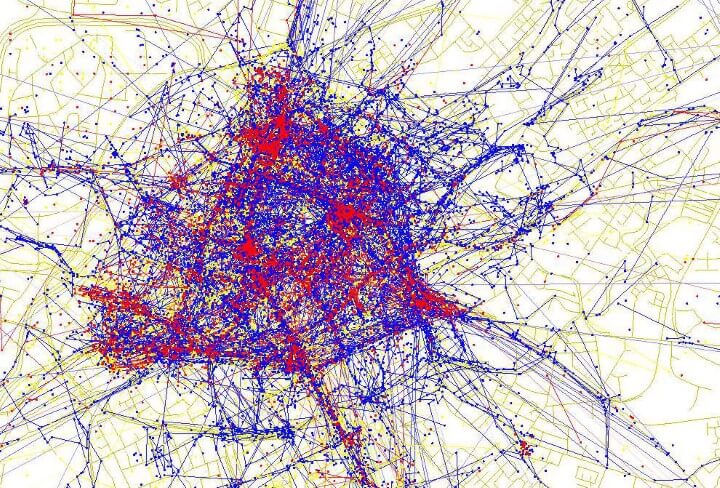 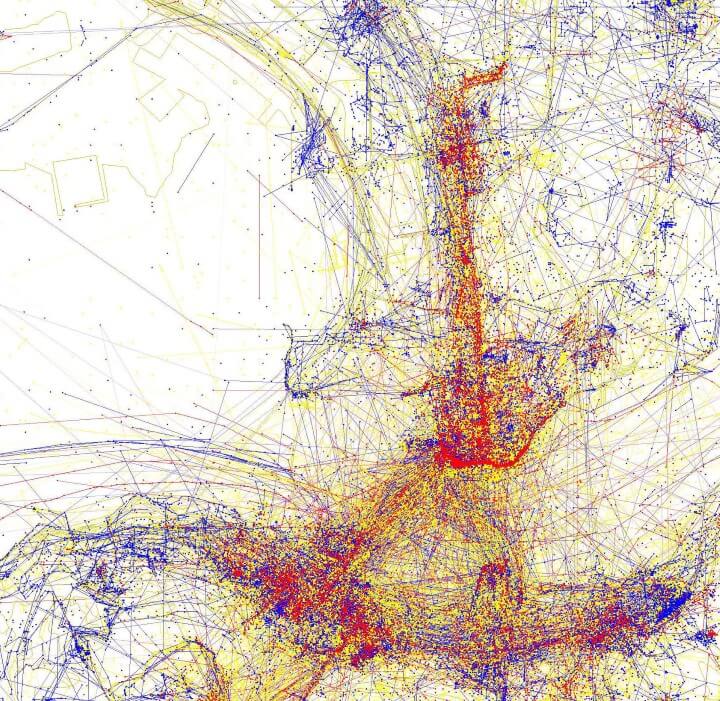 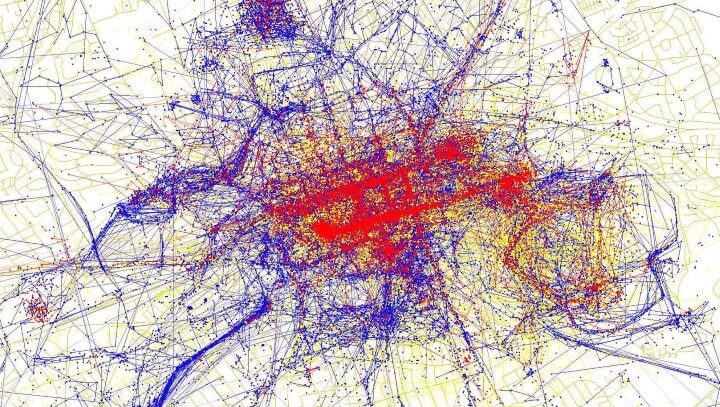 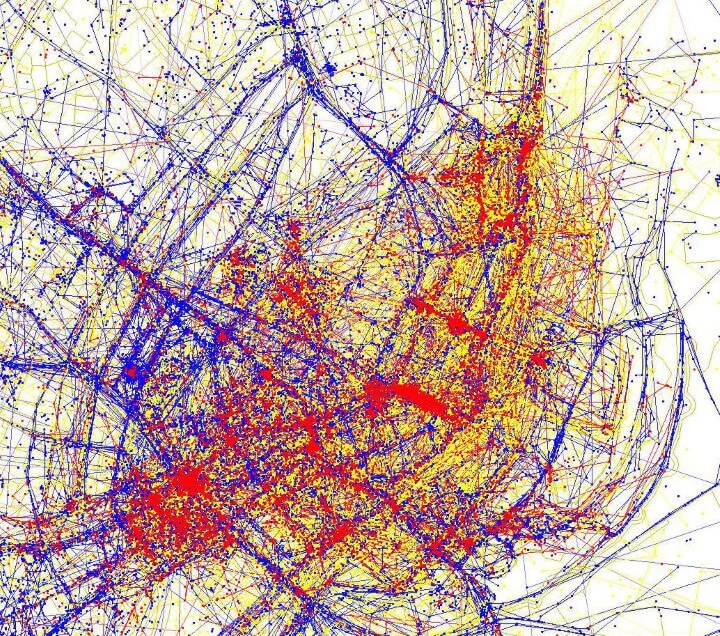 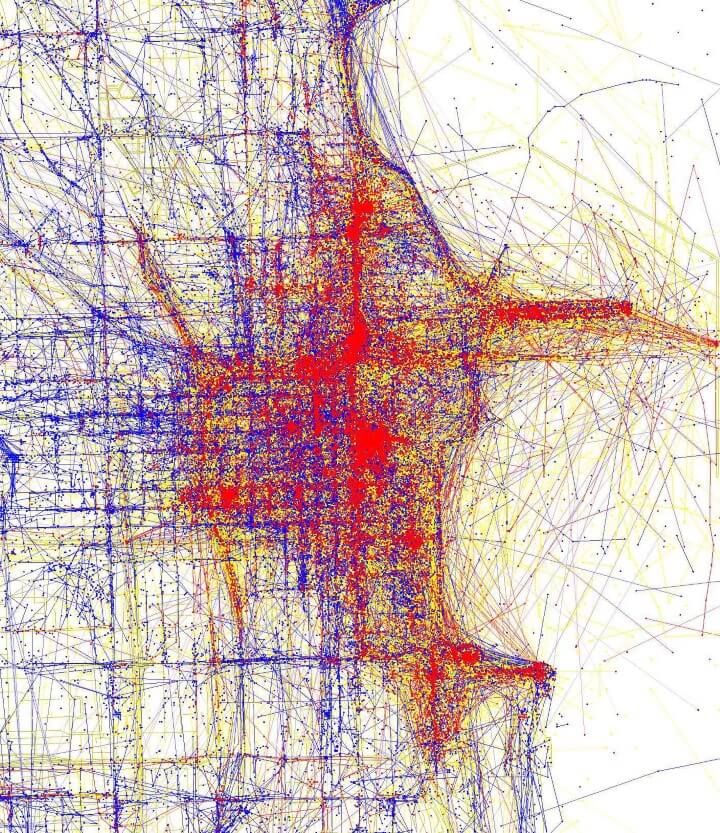 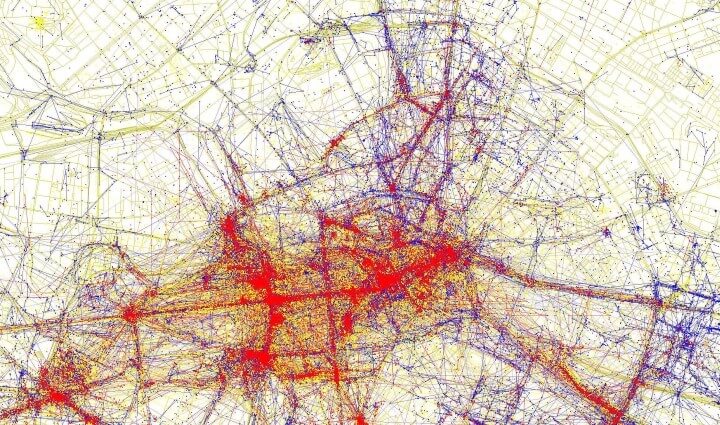 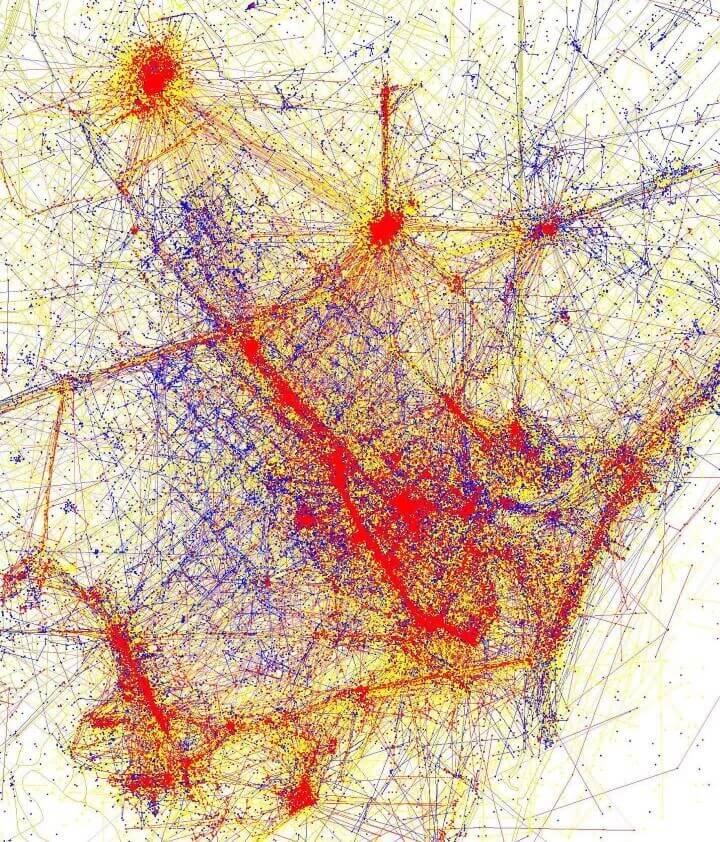 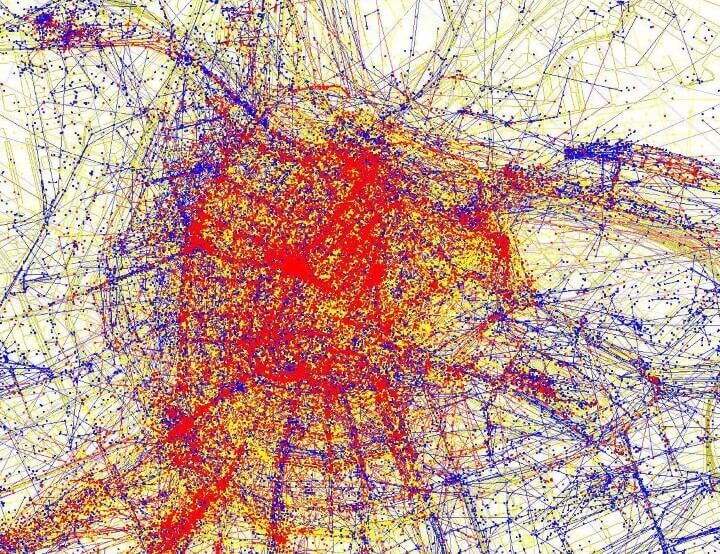 Live in or visited one of the cities above? If so, do you think they’re accurate? Leave your comments below: