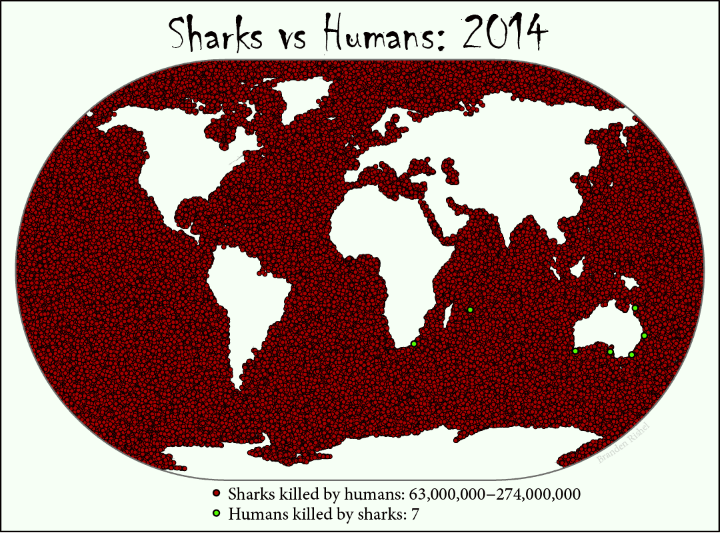 Map created by cartographers without borders

Yet, how many sharks were killed by people?

Or put another way, even only going with the low estimate of 63 million, it would take sharks 9 million years to kill as many humans as humans kill sharks each year. And modern humans have been around for no more than 2 million years.

Here are 5 animals more likely to kill you than sharks:

Why are so many sharks killed each year?

Up to 73 million sharks are killed each year just for their fins to make shark fin soup, a delicacy in China.

However, Ex-NBA Star Yao Ming is leading a campaign in China to ban shark fin soup. So far it seems to be working with a reported 91% of people in China now favouring the ban.

Remaining sharks are mostly killed either as a by product of other commercial fishing activity or for tourism related reasons (jewellery, souvenirs and keeping beaches shark-free so people feel like swimming).

Want to learn more about sharks? The following books may be of interest:

Want to help protect sharks? Then the following campaigns may be of interest: