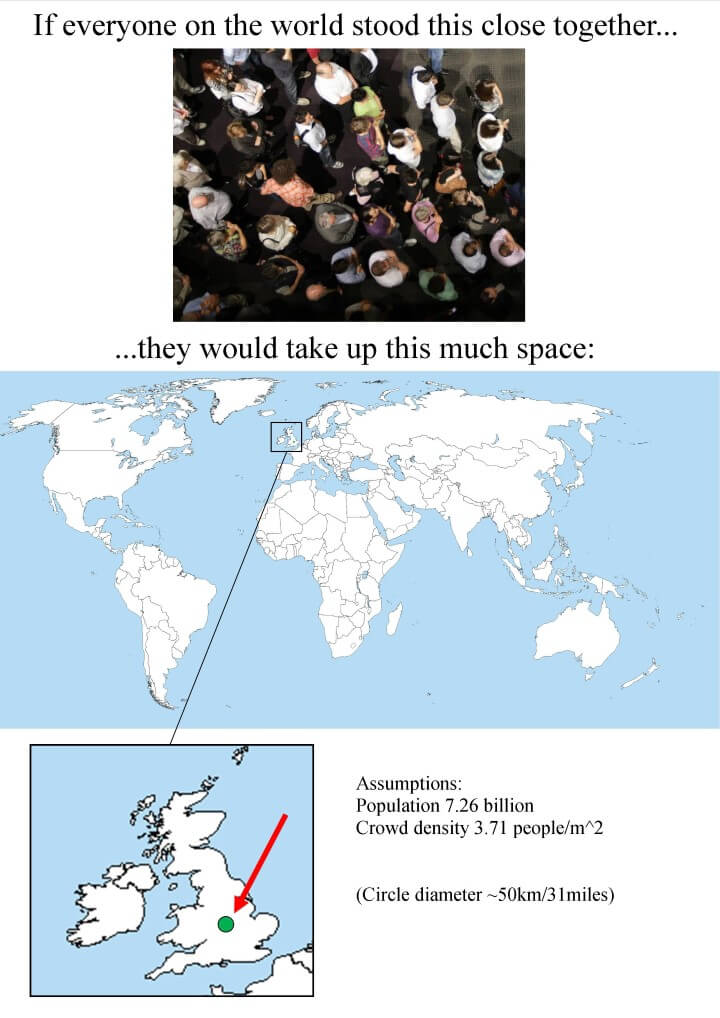 With newly released figures showing that net immigration to the UK increased to a near record 318,000 people last year, it may seem to some that the UK is overcrowded.

However, reddit user 1337spb did the math and showed that you could fit all of the world’s 7.26 billion people in a circle with a diameter of just 50km (31 miles).

London’s M25 Motorway (an orbital highway around London), in contrast, has an average diameter of between 64 and 80km (40-50 miles). Plenty of space to fit the world’s 7 billion people.

While anti-immigration activists would obviously be horrified at such an outcome, XKCD points out that there are far more practical reasons why this would be a bad idea. Mainly, it would be next to impossible for most people to get out alive.

For similar types of though experiments have a look at:

Have any thoughts on any of this? Leave your comments below: