Painted on a cooling tower of a disused gas plant near Meppen, Germany.

The map above is in the Guinness Book of World Records as being the largest. However, reddit user cragglerock93 disputes this claiming that Dubai’s World Islands, while “… not exactly a geographically accurate map,” are in fact be bigger.

So if you agree with them then it’s simply the largest cylindrical map of the world, which is still pretty cool. 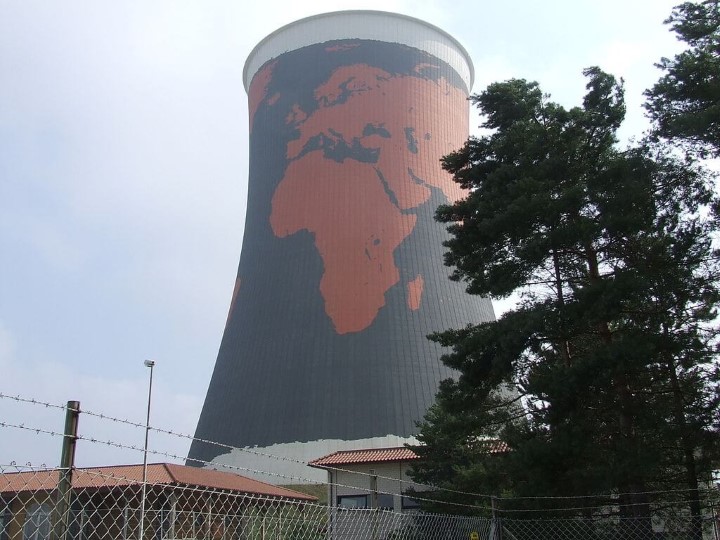 Photo by ChNPP via wikimedia

The map can be found on the 131 metre high cooling tower of the now closed Meppen-Hüntel Peak Load Gasworks in Meppen Germany. It was painted by the Swiss artist, Christoph Rihs, in 1994.

So if you ever find yourself in Meppen be sure to check it out.