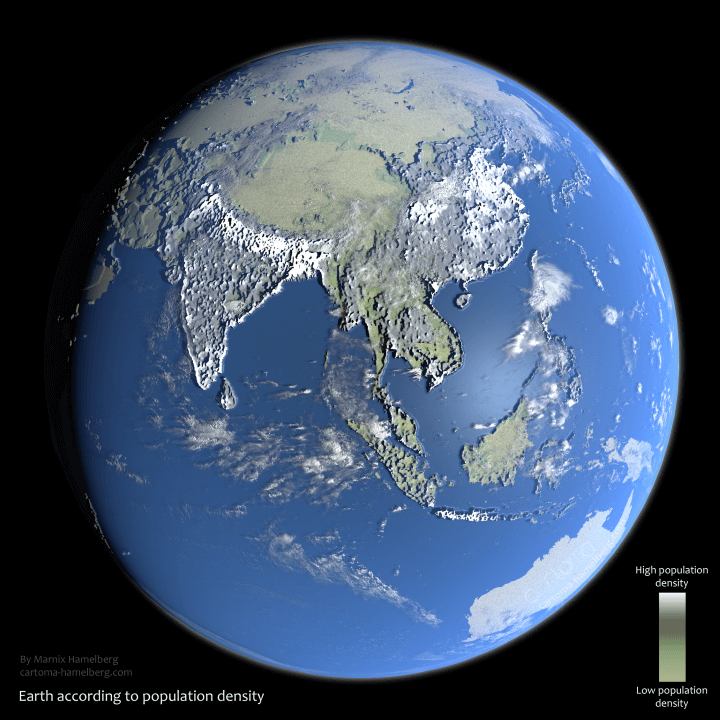 The map above shows what Asia would look like if population density corresponded to physical elevation.

Perhaps one of the most interesting things to note, is that the Himalayas are still there, they’ve just moved south a little bit, as these regions of Indian and Bangladesh have extremely high population densities.

The major change of course would be that the continent would be more or less ringed by coastal mountains that would make reaching the interior rather difficult. And even once you reached the interior, most of India, Bangladesh, Eastern China and Indonesia would be difficult to traverse as they’d be covered in mountains.

Japan, which is already a mountainous country, would remain so but instead of Mt. Fuji you’d have Mt. Tokyo.