Ever think London’s tube map looks confusing? Now imagine trying to use it, but you couldn’t easily distinguish between the colours of each line.

Well for hundreds of thousands of colour blind Londoners, this is their reality each and every day.

The problem is even more acute for the colour blind among the nearly 17 million tourists who visit London each year, many of whom are using the network for their first time.

To put the issue into perspective, roughly 8% of men and 0.5% of women in the UK suffer from some degree of colour blindness. This simply means they have some degree of difficulty perceiving the full colour spectrum under normal lighting conditions.

The map above is Transport for London’s (TFL) official solution for colour blind users. It’s just a large print, black and white version of the standard tube map. Contrast it with the standard colour tube map below and the differences are fairly obvious.

However, TFL’s official solution can be a bit of an overkill as there are different types of colour blindness.

The most common is so called red-green colour blindness. So on a tube map the Central (red) and District (green) lines are difficult to distinguish from one another, but the Overground (orange) and the Piccadilly (blue) are still easy to tell apart.

Thus, a black and white tube map scarifies all of the extra readability colour offers, when it doesn’t have to for all colour blind users.

Fortunately, there’s a free (TFL award winning) app, in both Android and iPhone/iPad versions, that goes well beyond TFL’s own map to help the colour blind and those with certain other visual impairments.

Here are just some of the examples below: 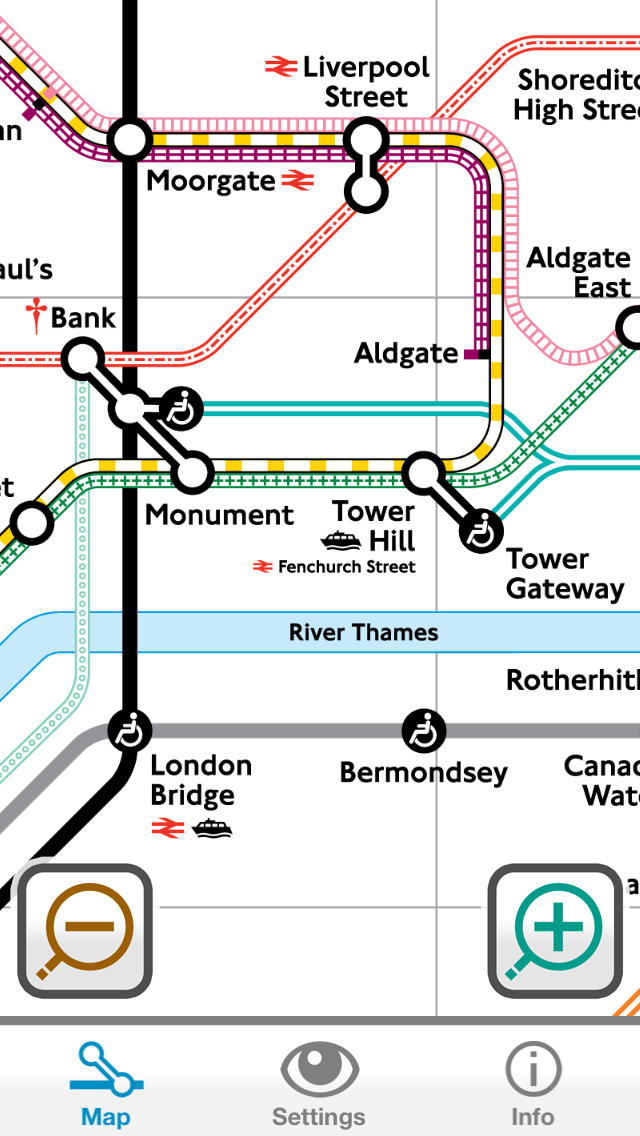 The main map, which is easily readable by both the colour blind and non-colour blind users 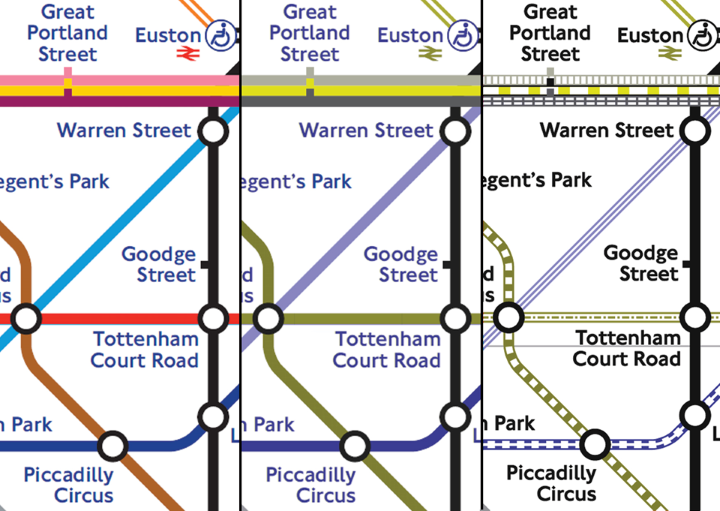 How those with red-green colour blindness would see the maps 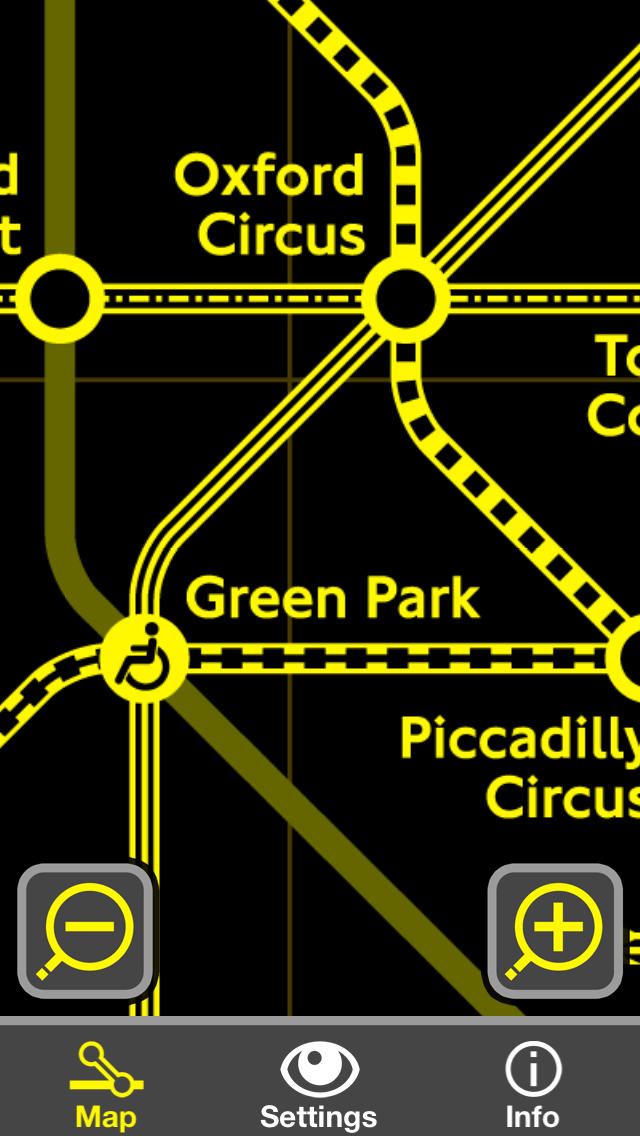 A high contrast version of the map 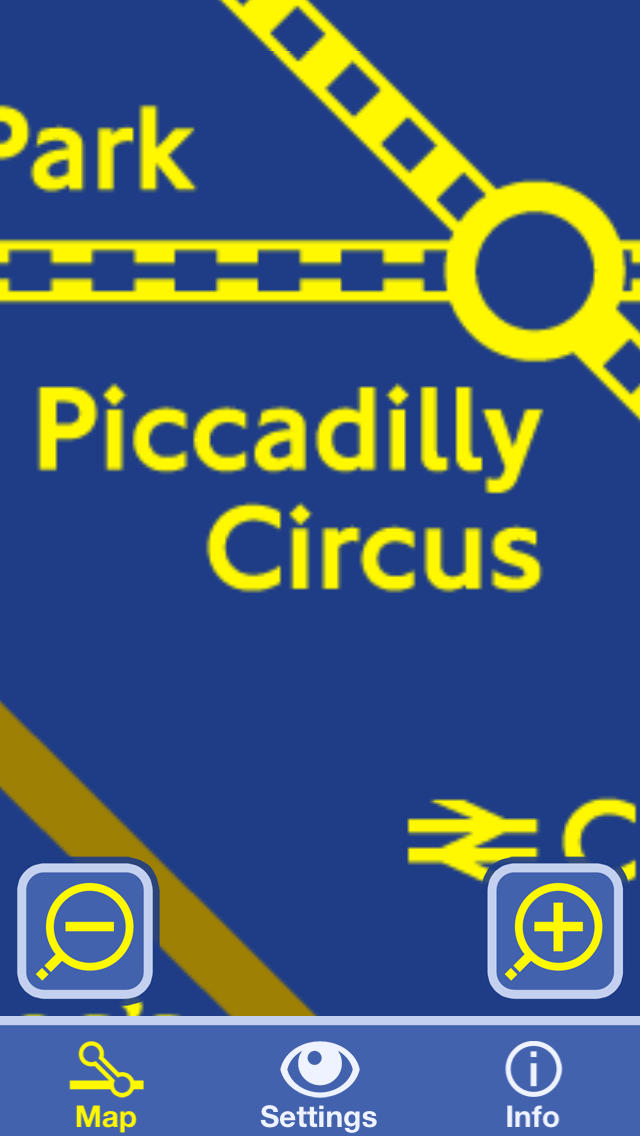 A blue/yellow, high contrast version of the map 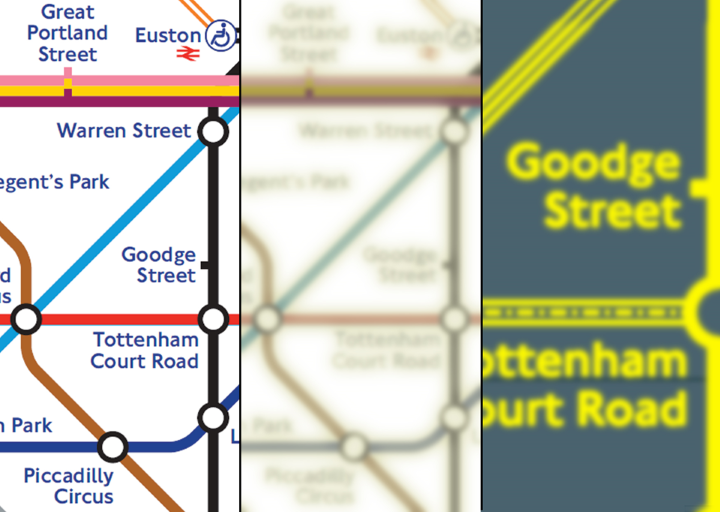 How the blue/yellow high contrast version helps those with cataracts 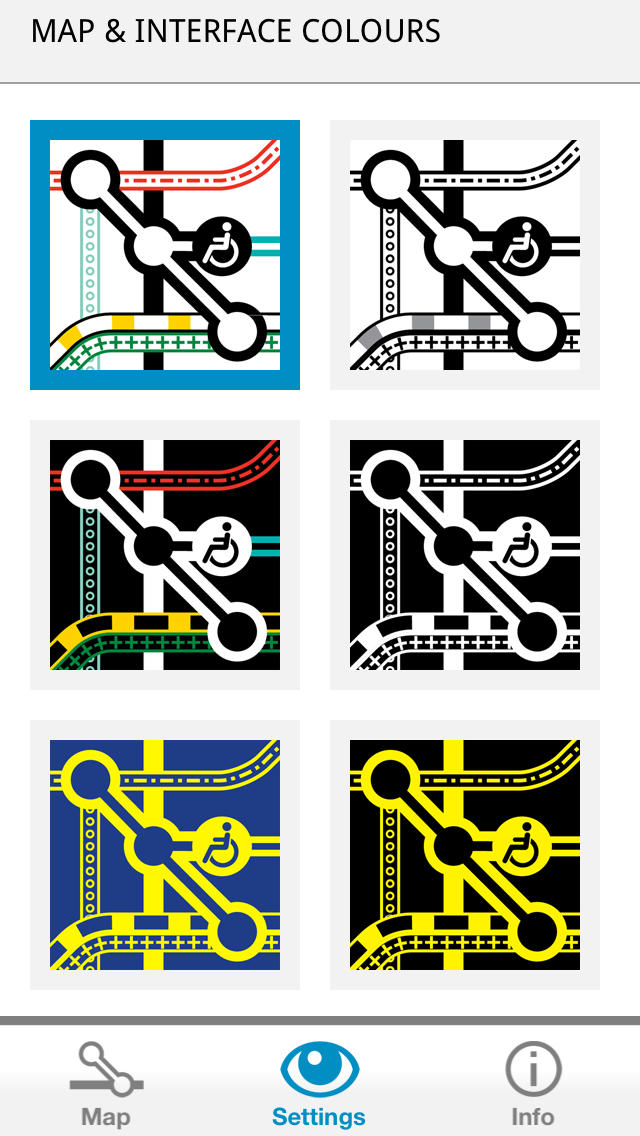 All 6 versions of the maps

The maps were designed by Ian Hamilton and 232 Studios and you can learn more about the making of them here and here.

And of course don’t forget you can download either the Android or iPhone/iPad versions of the app completely free.

Fianlly, if you’d like to make sure your maps are colour blind safe, check out: Color Oracle.

What other improvements do you think TFL should implement to make navigating the Tube easier? Leave your suggestions below: