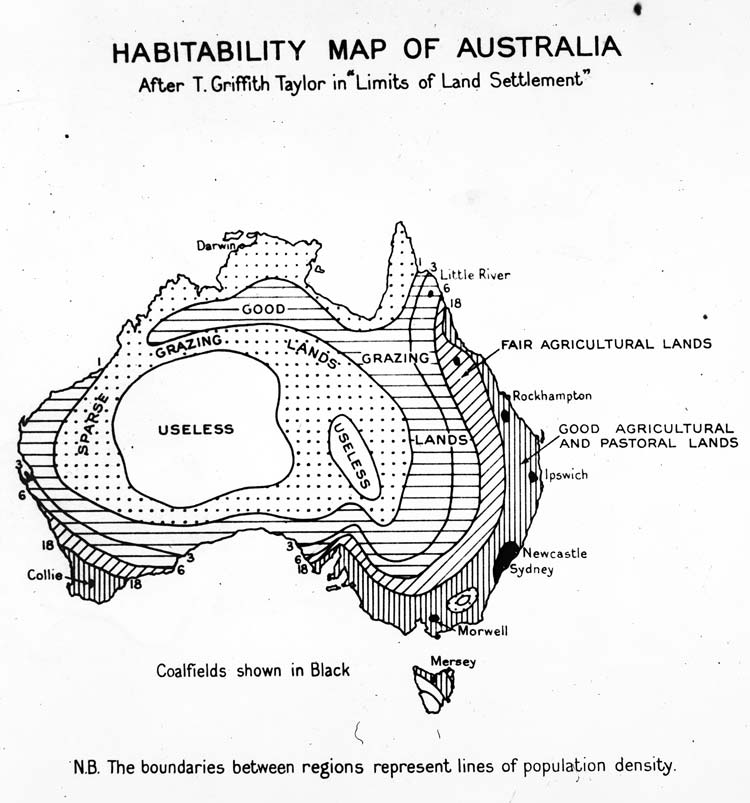 Map source Vrroom, by the National Archives of Australia, an agency of the Australian Government

The map above shows how habitable various parts Australia are with respect to agriculture and livestock. The scale goes from god agricultural and pastoral lands to the rather direct ‘useless.’

This is a black-and-white map of Australia showing areas of ‘habitability’ (where people can live) based on the quality of agricultural or pastoral land. The map shows the correlation between quality of agricultural and pastoral land and density of population, which is indicated by black lines. Coalfields are also noted on the map. The map is labelled as being ‘After T. Griffith Taylor in “Limits of Land Settlement”‘. It comes from a series called ‘Maps and mapping’ produced by the Department of Information.

They also point out that:

To learn more about the current state of Australian agriculture have a look at the following books:

If you enjoyed this map, please help us by sharing it.